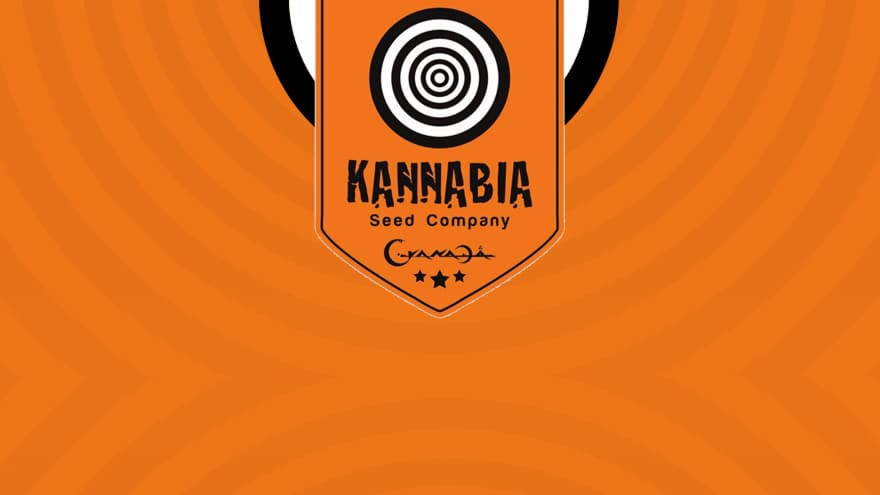 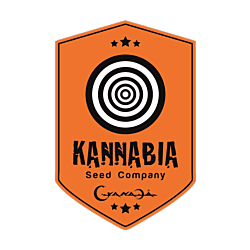 Kannabia is more than your average Spanish seed bank - these guys were literal pioneers of Spain’s weed seed industry and have risen to become one of Europe’s leading brands for quality beans.

This seed bank has spent decades refining and enhancing their breeding and cultivation facilities so that they can offer an ever-growing range of strains containing feminized, autoflowering, regular and CBD-rich varieties for every weed need.

With multiple award-winning strains on their menu, including exclusive gems like Mataro Blue and West Coast industry legends like Girl Scout Cookies, we at SeedSupreme Seed Bank have every confidence you’ll love the outstanding offerings we have in store from Kannabia. Founded in the 90s, the Granada-based Kannabia breeders have been blazing their own innovative trail since the get-go.

Whether they intended on becoming one of Europe’s leading weed seed companies or not is anyone’s guess, but what’s clear is that these Spanish breeders set out on their cultivation mission to serve their customers as best they can.

Their focus has always been rooted in being better and evolving their projects through the feedback that matters most - the customers cultivating their beans. The team behind Kannabia are all about the evolution of their marijuana breeding.

These Spaniards are not interested in stopping to smell the flowers and bask in their accomplishments, but rather on breeding plants and producing seeds for the cannabis community cultivators who are hungry for easy-growing genetics with jaw-dropping results.

There is only one reason the Kannabia breeders look to their past glories - to learn lessons and understand what the path to pot perfection looks like. Their eyes are fixed on the future and being better than yesterday, and Kannabia recognizes better than most how critical honest customer feedback is to their ambitious goals.

Though their sights are fixed on the horizon, the talented breeders behind Kannabia never fool themselves into thinking there is only room for new and exclusive strains.

Yes, this seed bank is always evolving their methods and offerings, however, their focus is on the production of both epic new hybrids and improving on perennial favorites - which is why you’ll find such an eclectic mix of beans on these shelves, from names you know to those you don’t.

Make no mistake, it’s not just about finding and selecting new strains and genetics for Kannabia - with this seed bank’s dedication to using their expertise to stabilize classics and solidify their position in the modern marijuana scene alongside the exciting new hybrids, few seed producers bring you the best of both worlds like these Spaniards. Without a doubt, the ‘secret’ ingredient fueling the Kannabia operation is you - the customer.

By listening to and encouraging honest consumer feedback, this seed bank has been able to reach world-renowned status and create their very own industry legends, so it makes sense that they would enforce their dedication to growers and ganja at every possible turn.

With this in mind, Kannabia maintains an active blog on their website designed to inform and educate the marijuana masses on everything from activism to culture, cultivation and medicinal topics.

What’s more, they have a staff of experts on hand for any legal or technical queries you might have.

It’s clear at a glance how much emphasis Kannabia places on open communication with their customers and the desire to help you get the most from your seeds every time.

Over the years, Kannabia has made it their mission to become a hugely versatile seed producer with strains fit for every occasion, and work tirelessly to create a unique range with delights for every weed need.

While the vast majority of cannabis seeds from these Spanish breeders are created as feminized or autoflowering variants in order to make the cultivator’s job as easy as possible and guarantee great yields, the team has extended their offerings in recent years.

To date, two regular seeds for strains McEarly and Neil Haze have entered the Kannabia catalog, adding versatility and choice for breeders especially.

And in answer to the growing global interest and demand for CBD-rich strains, a Kannabia CBD line has been introduced for the medicinal masses, including hits like Kama Kush CBD, BCN Diesel CBD, and a therapeutic version of their flagship strain Mataro Blue.

Kannabia present a vast and tantalizing range of strains for any grower searching for top quality (and, though they don’t exactly shout it from the rooftops - at affordable prices, too!).

Among the Kannabia selection, you’ll find a diverse variety of feminized, autoflowering and CBD-heavy strains including award-winning perennial favorites and exclusive and exciting hybrids.

These are some of their standout strains.

The flagship hybrid strain from the guys at Kannabia needs little introduction in many connoisseur circles. Coming to us from the genetic engineering of Black Domina, Mazar-i-Sharif and Blue Monster, it’s no wonder Mataro Blue has achieved multiple award-winning status since hitting the scene.

Internationally renowned (and labeled by Kannabia as the ‘crown jewel in any collection’), Mataro Blue has countless die-hard fans among both recreational and therapeutic tokers. She’s famed for delivering a quintessentially Indica high in her 23% THC content, making this strain a perfect companion for relaxation and reflection.

Mataro Blue earned her respect among cultivators for her robust resilience to pests, her 58 to 65 days flowering cycle, and propensity for producing staggering yields of 600 grams per meter squared indoors (or 800 grams per plant outside!).

And as the cherry on top, this sublime hybrid comes with a mouthwateringly sweet and fruity flavor you’d have to try to believe.

She may not be the goddess of love you know from Greek mythology, but you’d be hard-pressed not to fall instantly in love with the exquisite Sativa-dominant Afrodite strain.

Afrodite comes to us through the generous genetic lineage of none other than the legendary Jack Herer and Black Domina gene pools. As we’ve come to expect from most Jack crosses, this hybrid comes packed with strong psychoactive properties and a potent 22% THC content.

Known among cultivators for developing seriously compact nugs coated with resin which translates to some mighty yields come harvest time, Afrodite is also super easy to grow. She also finishes flowering fast and has an impressive resilience to mold and pest problems - good news for you novice growers!

As is expected with most Kannabia seeds, Big Bull is one for those dreaming of an easy harvest and some truly outstanding yields.

Indica-dominant Big Bull comes through the breeding of Early Pearl, Black Domina and the infamous Skunk to bring you one hell of a prodigious producer which is not only fast to finish but also gratifyingly forgiving of novice error or mold and pest plagues.

With a slightly lower THC content in the region of 16%, Big Bull has found herself a strong fanbase among both medicinal and recreational consumers, specifically those hunting nothing but pure relaxation and sweet flavor.