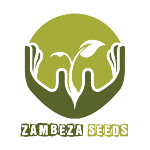 Only a small group of cannabis strains can lay a claim on being the springboard for all the marijuana genetics that marks today's varieties. One of those is undoubtedly the Northern Lights XL. It originated as a cross of different cannabis plants found on the America's west coast. Throughout the years, they were so often hybridised, crossed and bred, that the exact genetics got somehow lost in the mist of history. Whatever its exact origin, one thing is certain - Northern Lights XL has become the basis, from which dozens of world class cannabis strains grew.

It is said, that the original Northern Lights came from Afghanistan and was a pure Indica. A few of the eleven varieties used to create it, however, are rumoured to have some traces of Thai genetics. Our feminised seeds still produce a strongly indica plant, though one that reveals significant sativa influence in the structure of its leaves.

Our feminised Northern Lights XL grows indoor as much as 120-150 cm and easily exceeds 2 m if allowed enough breathing space outdoors. Long, thin leaves and a rather wide internode spacing proves its sativa ancestry. It is only during the flowering period that you will notice its strong indica genetics. Though producing a single huge cola, the plant will be all covered in dense buds with a thick coating of resin.

A one square meter setup will produce up to 600-750g/m2, averaging 50-60 g per plant. Cultivated outdoors it will grow into a real tree that given right weather conditions, proper nutrition and watering could yield 500 g apiece.

The flowering period takes 50 days, with some inpatient growers reporting it ready for harvest already after 45 days. As it approaches maturity, the buds begin to glitter, as the plant gets all covered in a light coating of resin.

With average high levels of THC and CBD, our Northern Lights XL guarantees to make you stoned straight after smoking. Once grounded on the couch, you will appreciate the pleasant high flowing straight from its Afghan roots. If you are looking for a strong stoning smoke, Zambeza Seeds Northern Lights XL is just the right thing for you.