Bitcoin payments now accepted for cannabis seeds at Seed Supreme. Use the world’s most valuable and versatile crypto currency to pick up quality seeds and other products from the market’s biggest and most established seed banks. Discover this extraordinary alternative to conventional currency with Seed Supreme and get on-board with the digital currency revolution.

Here at Seed Supreme, we’re constantly working on ways to make it easier and more convenient for our customers to pick up the world’s best cannabis seeds. Which is why we’re delighted to announce that Seed Supreme now accepts Bitcoin payments for cannabis seeds. Just as with all other payment methods, Bitcoins can be used to purchase any of the products available across the entire Seed Supreme collection. Bitcoins have been recognised on a global basis for their unique advantages over and above conventional currency in all its forms. Particularly when it comes to potentially controversial purchases, Bitcoins are becoming the new global standard for safe and secure transactions at every level.

While most businesses and consumers alike are still dependent on physical money, a new virtual currency has arrived with the potential to spark an outright revolution. In fact, countless economists and analysts worldwide firmly believe that the days of physical currency as a whole are numbered. The idea with Bitcoin being that physical currency is no longer needed. Instead, payments are processed using an entirely virtual form of currency – one that has the same value worldwide. Making Bitcoin not only the first truly successful crypto currency, but also the world’s very first global currency. 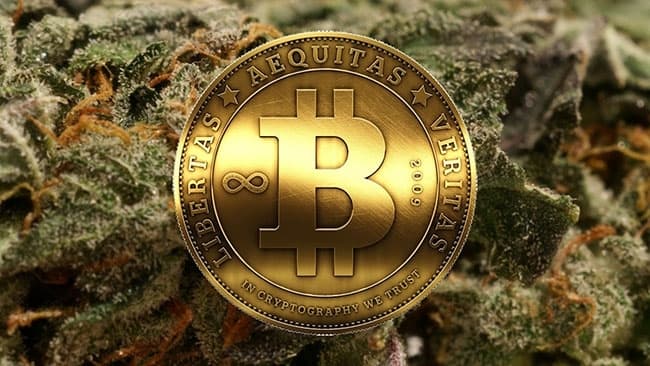 The past couple of years have seen Bitcoins develop enormous popularity worldwide for a variety of reasons. Primarily for the fact that not only is it extremely quick and easy the process Bitcoin payments, but it is also uniquely secure and anonymous. Bitcoins have made it possible for businesses and customers alike to make truly anonymous transactions online for the first time. The reason being that unlike conventional online payments, there is absolutely no middleman involved. Nobody other than the sender and the recipient of payment are aware that any kind of transaction has been made. Instead, the payment is simply passed from the sender’s virtual ‘wallet’ to that of the recipient.

Why Use Bitcoin Over Conventional Payment Options?

For the most part, it comes down to the simplicity and anonymity exclusive to Bitcoin payments. Perhaps the best way of looking at a Bitcoin payment would be like the online equivalent of meeting the seller in person and paying them in cash. There is no middleman involved and no specific record of the transaction, other than the receipt you again receive directly from the seller. This ensures that for the first time, all of your transactions are kept fully confidential and anonymous – even when purchasing online.

All of which makes Bitcoin cannabis seeds an appealing prospect for buyers worldwide.

Bitcoin represents a uniquely safe and secure way to send money over the Internet as it is borderline impossible for third parties to hack into your transactions and steal your personal information. What’s more, the fact that there are no middlemen involved also means that there are no third-party transaction fees, processing fees or banking fees involved.

If looking to buy cannabis seeds with Bitcoins in the fastest, easiest and safest way possible, you’re in safe hands with Seed Supreme!

How to Buy Bitcoin Cannabis Seeds 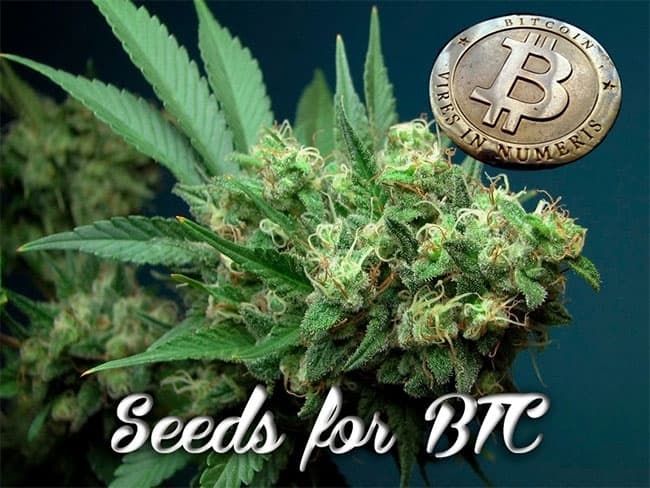 Buying cannabis seeds with Bitcoins at Seed Supreme really couldn’t be easier. The vast majority of the process is exactly the same as paying with any other currency, aside from the peace of mind that comes with knowing the transaction could not be safer or more private. It’s simply a case of transferring the required payment from your own wallet to ours, which begins by setting up a Bitcoin wallet online. Don’t be put off – this also really couldn’t be easier to do.

What Is a Bitcoin Wallet?

As the name suggests, Bitcoin wallets are virtual ‘accounts’ used specifically to store crypto currency. As you purchase Bitcoins online, your Bitcoins are then stored in its wallet to be used on purchases for anything and everything you like. When you make the transaction, the required amount is taken out of your wallet and the rest stays put. Just as there are countless ways in which it is possible to purchase Bitcoins, there are also plenty of service providers offering a variety of Bitcoin wallets. We advise checking out the latest reviews and recommendations via Google, in order to see which have earned the highest recommendations from customers at the time you open yours. Once your wallet has been activated, you will be provided with all the information you need to begin making purchases.

At which time, you’ll be ready to go ahead and buy cannabis seeds with Bitcoins at Seed Supreme.

Is It Safe to Buy Bitcoins?

It’s impossible to answer this question accurately as Bitcoins represent a form of currency like any other. This means that just like any other form of currency, the value of the Bitcoin has the potential to go up or down at any time. As such, it is important to factor this into the equation and perhaps consider how Bitcoins are performing at the time, before going ahead and buying them. Nevertheless, the past couple of years have brought about such spectacular increases in the value of the Bitcoin that those who purchased just a few a short time ago are now sitting on small fortunes. Not that any of this is guaranteed, but it nonetheless demonstrates the appeal and impact of this extraordinary cryptocurrency.

Here at Seed Supreme, you’ll find the market’s most extensive range of premium cannabis seeds, sourced from leading suppliers from all over the world. If cultivation is legal in your territory, buy cannabis seeds with Bitcoin today and enjoy the safest, securest and most anonymous transaction possible.

For more information on any of our products or on how to buy cannabis seeds with Bitcoins, feel free to get in touch with the Seed Supreme customer support team anytime.

Top
item(s) in your cart