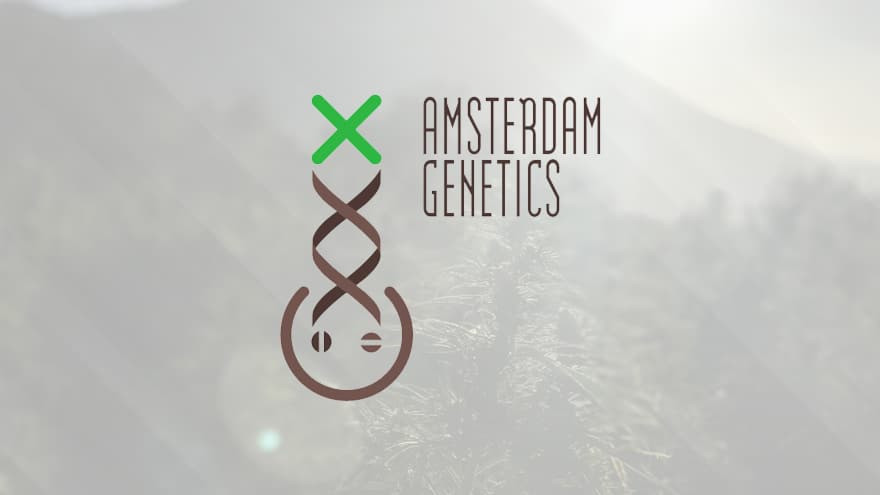 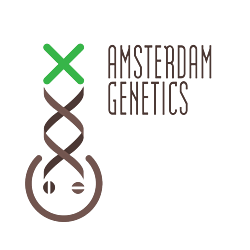 Amsterdam Genetics is a modern and innovative cannabis company based in Amsterdam.

The genetics of this industry-leading breeder have deep roots in the history of Holland's world famous coffeeshops, from Dampkring to Boerejongens and Tweede Kamer, and their expertise in understanding the demands of the cannabis connoisseur are second to none.

These are the finest weed seeds of true original landrace origins, developed by professionals and qualified experts within the marijuana market, known for being some of the most consistent cannabis seeds available and earning Amsterdam Genetics their rock-solid reputation.

When you're looking for Amsterdam's finest coffeeshop and dispensary specimens, look no further than SeedSupreme Seed Bank's selection of these exceptional Dutch genetics.

Amsterdam Genetics came out of nowhere to become one of the most talked about and celebrated seed banks operating out of the Netherlands. Then again, you’d expect nothing less from a company started by the owner of Amsterdam’s legendary Boerejongens coffeeshops, which have been a staple on the commercial cannabis scene for some time, renowned for their dispensary-quality buds and in-depth, friendly knowledge.

"I literally took the Yellow Pages and my finger landed on a company specializing in nutrients for cannabis. Thus my adventure began. I learned all about the breeding, growing, and harvesting process, from the clone until the harvest." - (Mariska, founder of Amsterdam Genetics)

From Chance Decision to Critical Acclaim

You could say that Amsterdam Genetics came about purely by chance, given how Mariska - now one of the most important female entrepreneurs in the marijuana market - got into the industry back in the day.

After somewhat randomly deciding to turn her attention to the ganja growing game, she took the title and all there was to know about growing and harvesting the finest strains money could buy.

Fast forward a few years and Mariska officially made her mark on the scene in Amsterdam, buying a coffeeshop that would subsequently become the first ever Boerejongens café. Since then, she’s gone on to open three equally successful Boerejongens coffeeshops, while retaining ownership and control of Amsterdam Genetics.

For anyone who can’t quite make it to Holland, this seed bank has all the seeds you’ll ever need to sample the very best of what’s on offer at the famous Boerejongens - purveyors of some of Amsterdam's finest weed.

"The shady image that some people still wrongly associate with coffeeshops disappears very quickly if I start talking. Too many people don’t get that a coffeeshop is just a store. Apart from the backdoor problem, you can compare it to a wine shop. We want sommeliers behind the counter." - (Mariska, founder of Amsterdam Genetics)

What becomes apparent on reading Mariska's words and philosophy on Boerejongens - as well as on first setting foot into the highly professional environment of these coffeeshops - is that a pedigree quality runs through the heart of this enterprise. Naturally, being the brand's seed supplier, Amsterdam Genetics operates to the same strict sommelier standards.


Fighting Prejudice, Supporting the Cause

Amsterdam Genetics is on a bold mission to radically transform the way the world views cannabis culture and the commercial cultivation industry.

Far from seedy establishments catering to the desires of drug users, Mariska takes pride in running elegant and sophisticated businesses for a more discerning clientele. Tastefully decorated and tolerant of nothing but polite and respectful behavior, Mariska’s coffeeshops are also staffed exclusively by qualified and experienced personnel.

Over the years, Amsterdam Genetics has put their name to some of the most celebrated and downright stunning strains to have come out of Amsterdam in some time. Though perhaps none more popular than White Choco, which was such a huge hit the moment it launched that Mariska and her team were unable to keep up with demand.

Alongside an extensive list of sought-after and prestigious marijuana strains, Amsterdam Genetics is also famed for developing a variety of award-winning hash products. Examples of which include Tangerine G13 block hash and Kosher Tangie block, which won first and second prize in the Highlife Cannabis Cup.

Through their total commitment to quality and customer satisfaction, Amsterdam Genetics has built an enormous following of discerning cannabis cultivators worldwide.

From home growers to commercial cultivators operating on a much larger scale, Amsterdam Genetics guarantees the same superior quality and value for money with each and every seed purchased. All with the guarantee of stealth worldwide shipping and committed customer support for total peace of mind.

Shortlisting the most exceptional strains to have come out of the Amsterdam Genetics breeding projects to date, the following are world renowned as the most impressive and enjoyable of the bunch:

By a considerable margin, White Choco is the most desirable this Dutch producer has put out in all their years in business. Perfectly blending the genetics of White Russian and Chocolope, this exclusive strain is known for her fantastic flavor profile and soaring cerebral high.

Just a couple of modest tokes is enough to experience an immediate and ongoing uplift, which combines creativity and inspiration with a beautiful sense of physical relaxation.

Suitable for indoor and outdoor cultivation environments, White Choco is ready to harvest after approximately nine weeks. After which, you’ll be looking at plants of approximately 150cm with careful clipping indoors, or as high as 300cm outdoors. In both instances, yields in excess of 400g of dense nuts per plant is about the norm.

Equally celebrated in recreational and therapeutic cannabis circles alike, AK OG Kush leans more towards the physical end of the spectrum. Engineered by combining the genetics of AK-47 and OG Kush, this incredible specimen sends electrifying signals throughout the entire body to the very tips of the extremities.

As inebriated couchlock is more or less guaranteed, AK OG Kush is ideal for tackling occasional bouts of insomnia or restlessness.

Plants of this strain typically grow similar in size to their White Choco cousins, with an identical flowering time in the region of nine weeks. Again, yields of approximately 400g per plant or more can be produced in optimum growing conditions. After which, you’ll be looking at a generous harvest with an approximate THC content as high as 22%. Spicy, punchy and earthy in the extreme, AK OG Kush is dank, desirable and delicious.

A perennial favorite among seasoned and inexperienced growers alike, AK-020 was created by combining only the finest Colombian, Mexican and Afghani landrace genetics.

Noted for her production of an extremely thick and sticky coating of trichomes, AK-020 is bursting with exotic spice and fruity sweetness. Not to mention, the capacity to propel you clean into another time and space, with a deeply euphoric high that seems to last forever.

THC content comes in at around 20%, with yields averaging 500g or more both indoors or out. AK-020 plants rarely grow beyond 150cm, so they’re suited to most indoor grow spaces. Show this girl even a little TLC and she’ll offer you so much in return.

Also exclusive to this renowned seed bank, Double Blue demonstrates how it is indeed possible to improve on perfection.

Blue Dream was already one of the most incredible strains on the market by a considerable margin, though in this case has been transformed by combining her with Double Gum. The result of which is no less than a madman of a strain, which maintains the same exceptionally heavy narcotic effects of Blue Dream but with improved sweetness and an even smoother smoke.

The fragrance and flavor profile is dominated by fruity berries and sugary sweetness, while the buds produce a moderate THC content to suit all tastes and preferences. The all-over body buzz is accompanied by a feeling of utter contentment and optimism, making for hour after hour of blissful enjoyment. Treated to the right conditions indoors, Double Blue is capable of producing up to 550g for every square meter of grow space after a flowering time of around nine weeks.