Developed in the UK’s underground plantations, the original Cheese strain first hit the 420 scene in the 80s as a hybrid with Skunk #1 origins and tweaked with Aghani genetics.

As you might expect, cheese strains are characterized by that original, stinky dairy aroma. But as a reliably potent parent strain, Cheese has had more of an effect on the cannabis community than just contributing her stench.

These days, the deciding factor in whether a strain can be deemed a cheese strain is the presence of Skunk genetics, but at SeedSupreme, we’re just as concerned with high-quality seeds and those all-important effects.

Famous around the globe, the original Cheese strain may have been bred in the UK, but her genetics are now well-traveled.

Rumored to have been created by a California native that moved to the Netherlands to get serious with his cannabis cultivation, his prodigy grew ever more famous amongst the Dutch due to its fast growth rate.

A batch of seeds somehow ended up in the southeast of the UK, and once the prolific yields were noted, it was quickly cloned and successfully spread across the country, becoming an icon in the rave scene of the 90s.

Renowned for their namesake savory flavor, the spicy and stinky scent of Cheese strains is what sets them apart from a whole host of hybrids on the 420 scene that are sweeter, fruitier and more dessert-like.

The terpene profiles of most Cheese strains can be varied but always conclude with a pungent cheddar smell. This is due to the presence of the methyl tert-butyl combined with ethyl methyl acetic acid, which creates the sweeter notes. Once combined with the rancid scented octanoic acid in her make-up, the resulting aroma is cheesy, strong and savory.

Not to everyone’s taste, some tokers will call Cheese strains an eccentric option - particularly when you consider the many sweeter hybrid strains available. But Cheese is aptly named - most people think it stinks, most people turn their faces away, and almost all will love it once they taste it.

Of course, there are other amazing qualities to these strains. Often, cheese genetics can be potent and high in THC, deliver a blissful and relaxed high that is often utilized by medical patients. 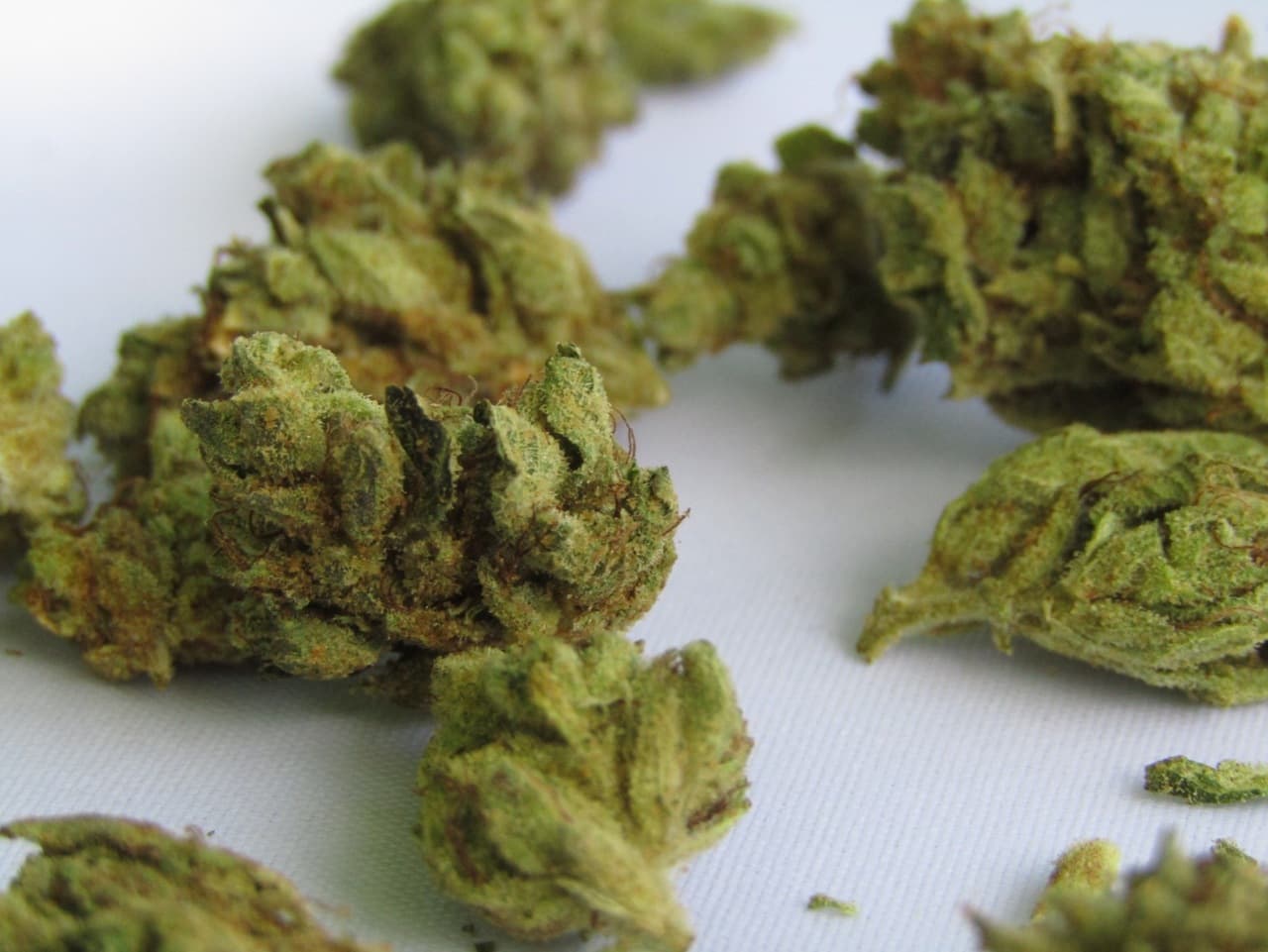 Multi-faceted in effects and benefits, the Cheese family of cannabis strains boasts remarkable medicinal benefits that are hard to overpower no matter the additional strains they’re bred with.

Patients seeking reprieve from physical ailments such as arthritis, inflammation and even nausea will find that her mellow, body-centric high can be the ideal choice.

Since many Cheese strains are also Indica-dominant, they can also effectively send stoners off to sleep with ease, making them ideal for patients struggling with insomnia.

Cheese strains can vary in their effects, as though the original genetics are strong, so are many of the other herbs Cheese has been bred with over the years since she first hit the scene.

One piece of advice we can share would be to proceed with caution when you light up a joint of a Cheese variant. Tokers often report that her pungent smell is so strong and present in her abrasive smoke that it can be hard to tolerate at first.

As most Cheese strains are fairly potent by nature, they’re often reported to be fast-acting in their effects. Often providing relief from mental clutter, one commonality between them is that a high from a Cheese strain is likely to heighten the senses till you’re tingling with clarity.

Of course, there are likely to be additional effects. The Cheese family is large and broad, as marijuana strains go, and her stinky cheddar notes have been added to various sweet and savory strains over the years.

Sativa or Indica, body-centric or more euphoric, it’s difficult to put your finger on what it is that they have in common effect wise. But given that Cheese strains are as well-loved for their effects as for their flavor, we think it’s fair to say they’re always enjoyable.

Though the original Cheese strain might have given fair warning about the strength of its stench just from once look at its scruffy appearance, that isn’t always the case with others in the family.

What can be said about most Cheese strains is that the pungency of the genetics tends to make itself known in most hybrids and other available variants. Whether bred with sweet, savory or herbal weed, this family announces itself right from the grow room as cheddar-y, sour and somewhat nutty.

Not to state the obvious, but much like the real thing, a Cheese strain can sound unpleasant and even smell unpleasant, and yet still taste delicious. Punchy with a lingering fruity undertone, most tokers will find that once they’ve gotten over their initial gag reflex moment, the Cheese family tends to be a tasty group of cannabis strains.

First things first: if you’re growing a Cheese strain, make sure you’ve got a seriously good odor control system in place. This family is many things, but mild-smelling is never one of them. No matter the variant, the chances are that if you grow a Cheese strain successfully, it’s going to stink out your grow room. So don’t say we didn’t warn you.

Most Cheese strains can grow pretty big in the right environment, often exceeding 6 feet in height, which is likely a contributor to their stinky stench. Cultivating this cannabis family at home can take up a lot of space, and should be taken into consideration before you germinate. Or try utilizing a Screen of Green (SCROG), if you’ve got the know-how.

The original Cheese strain, and many of the later variants are also regularly compared to real, dairy cheese in appearance. Pale and often fluffy, the hefty dusting of trichomes on these plants can lend them the appearance of mold, as her leaves are regularly pale green and verging on yellow in color.

At SeedSupreme, we stock almost every Cheese strain you can think of - more than 90 different strains and hybrids. As with the real thing, this family has such a wide range of tastes, aromas and effects that it’s hard to keep track of what’s good and what to try next. It all depends what you’re after.

If you’re interested in the cheese flavors, but are worried about them being overpowering, give Mozzarella a try for a milder, nuttier first go. If you prefer a stronger cheddar note to your weed, but love a fruity side, then try Blue Cheese.

For tokers who’ve heard about the seriously stoning effects of the cheese family, the original Cheese strain is a great option. And if that doesn’t cut it, and you just want to get high out of your head, Freeze Cheese can be a choice strain to kick back and chill out with.