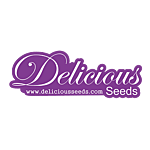 The mission was to take Sugar Black Rose, which has won more than 30 cups, and take it to a higher level, towards cannabic excellence.

Delicious Seeds started developing this strain more than three years ago and involved the whole team of breeders in what they like to call Project-11, with a clear aim that seemed almost impossible; to improve the outstanding Sugar Black Rose, which has won more than 30 cups, and to take it to a higher level, towards cannabic excellence.

To do so, they set about looking for a male that was up to the task.

With some genetics from the United States in mind, which had been loved in the past, and which were thought would be capable of enhancing the Sugar Black Rose with some exceptional characteristics and shades of colour that would impress all those who saw it grow and mature.

In the end, an impressive Appalachian Kush male was chosen, an exceptional choice which gave their Sugar Black Rose a new pallet of colours, tastes and aromas that convinced everyone from the start, with the first tasting achieving rare unanimity among the whole of the Delicious team, a success that clearly showed they had found their new super champion and that the key to improving the “unbeatable” had been found, and that is how Eleven Roses was born.

This strain, which as mentioned above, is a cross between a male Appalachian kush and a Sugar Black Rose female, is fairly quick, around 55 days flowering, and a generally superb plant, that is undemanding to grow, and very obliging.

When smoked, to begin with this plant displays a slightly metallic “Kush” type taste, giving way after a few seconds to subtle sweet fruit and damp earthy notes, which we are sure will surprise you pleasantly.

As you can see from the photos, the colour of the leaves, throughout the flowering phase, is incredible, like an autumnal day in the great forests of the north, and which we personally find fascinating.

With respect to potency, we have to say that it is fairly strong, in the right hands this strain can easily reach THC levels of 24 - 25% and with quite a low cbd content.

It is quite a short plant that does not develop many branches indoors, finishing in a dense uniform bud, but which develops vigorously outdoors with a large quantity of lateral branches, ensuring a more than excellent yield, with just one 1.5 metre plant easily producing more than 1000g.
This strain is also very resistant to mould and pests, as we were saying, generally very easy to grow and very appreciative.