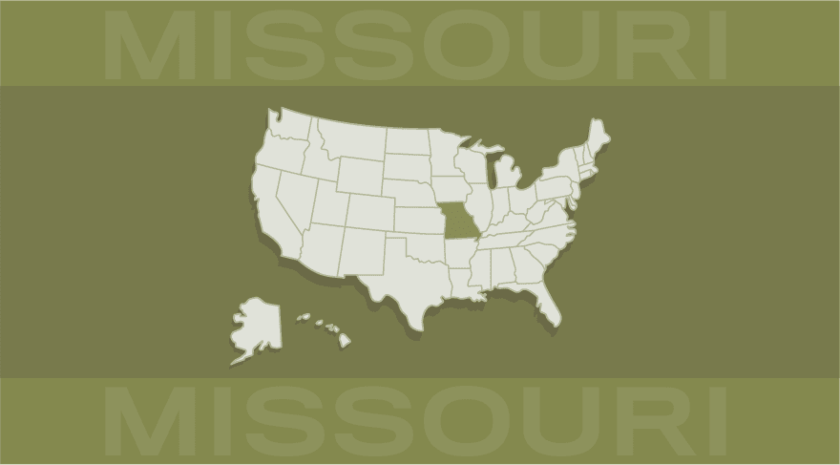 Is buying cannabis legal in Missouri?

Can I grow cannabis in Missouri?

Is it legal to consume cannabis in Missouri?

When should marijuana become legal in Missouri?

FAQs about cannabis in Missouri

The birthplace of Chuck Berry and home to the Ozarks, Missouri was the nation’s leader in hemp production, but is weed legal in Missouri now? First, let’s look at the marijuana laws in Missouri.

What are the Missouri marijuana laws?

Possession of 10 grams or less counts as a misdemeanor under the Missouri marijuana laws today and is punishable by a maximum $500 fine and no jail time.

A bill was also passed in 2014, making possession of 10 grams or less a misdemeanor, with first-time offenders receiving a fine and no jail time. Possession of more significant amounts counts as a felony and carries heavy penalties.

Is buying cannabis legal in Missouri?

According to Missouri marijuana laws, patients or caregivers with an ID card from DHSS may purchase weed from licensed dispensaries.

ID card-holders are allowed to buy up to 4 ounces (113 grams) every 30 days. After that, approval can be given to purchasing more medical marijuana, but it requires a recommendation from two physicians.

Cannabis purchased from a licensed dispensary must stay in its original packaging.

Can I grow cannabis in Missouri?

If you have an ID, under current Missouri marijuana laws, you can grow up to six plants and six clones, a maximum of 12 plants. The grow to be hidden from public view; otherwise, you risk a fine.

Patients can grow on behalf of another patient; sharing with someone else would mean a total of 18 plants.

Patients need to give the grow space’s address, license number and sign a statement allowing the DHSS to inspect the area.

If the Safer and Smarter Missouri Act passes in November 2022 and recreational weed is made legal, we recommend Berry Ryder feminized seeds. With its strong medical effects and unmistakable berry taste, the Berry Ryder strain is a modern classic. The autoflower plant grows between 30-60cm, perfect for discretion.

Check out Seed Supreme for more autoflower seeds in USA.

Is it legal to consume cannabis in Missouri?

Current marijuana laws in Missouri allow registered patients to consume cannabis, but only in private. Property owners are permitted to designate specific areas of a property for the consumption of cannabis.

Possession is illegal for non-ID card-holders; up to 10 grams is punishable by a $500 fine. Anything over that is classified as a felony, and anyone found guilty could face jail time.

For ID card-holders, it’s okay to have up to a 60-days supply (8 ounces) if they aren’t growing their own. People legally growing marijuana are allowed up to a 90-day supply, but the weed can’t leave the property where it’s grown.

When should marijuana become legal in Missouri?

The Smarter and Safer Missouri Act would make recreational weed use legal in Missouri to anyone over 21 years of age. This act is in addition to the current medical marijuana laws in Missouri. So we’re very interested to see what happens there.

How do I register for a DHSS ID card?

You can find out more about how to apply through the Missouri Department of Health & Senior Services.

Where can I buy medical marijuana?

What are the qualifying conditions?

Some of the qualifying conditions under the current Missouri weed laws include:

Your physician will ultimately decide if you qualify for a DHSS card.

Can I vote to legalize marijuana in Missouri?

Unfortunately, 2020 was not a good year for making progress with the legalization of cannabis in Missouri, thanks to COVID-19. The next vote will be in 2022. Keep an eye on the Safer and Smarter Missouri Act, which would legalize recreational marijuana.

With roots in hemp farming and long, hot summers that would be perfect for growing, the future looks suitable for legal weed in Missouri.

States where recreational marijuana is legal

Knowing where weed is legal can be difficult, so you must keep yourself informed as legislation changes. Recreational use is now legal in more than 17 states, including the District of Columbia, Oregon, and Colorado, with more likely to change their laws in the coming months. You can find out all the latest news and developments here at Seed Supreme.