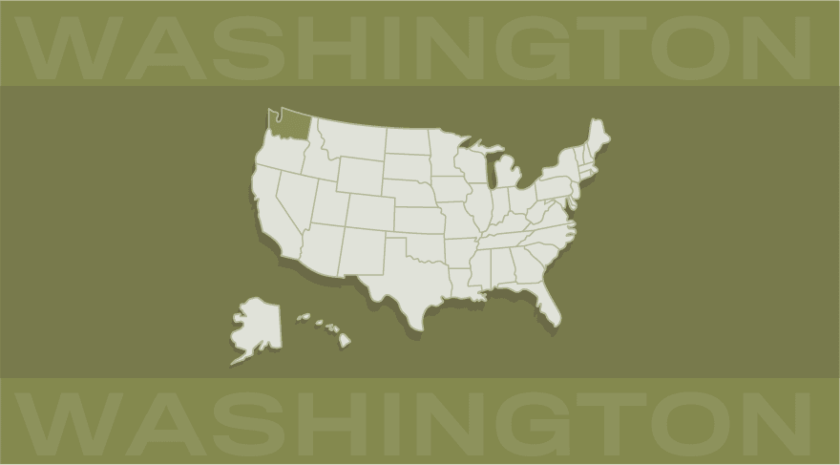 Is buying cannabis legal in Washington?

Can I grow my own cannabis in Washington?

Is Cannabis consumption legal in Washington?

When will marijuana be fully legal in Washington?

Is weed legal in Washington? Yes, it is. In November 2012, Initiative 502 (I502) was approved, and the possession of marijuana in small amounts was legalized.

It's expected that the laws will ease up even more after a cannabis equity forum. It was held on 22 February 2020 by the City's Department of Finance and Administrative Services to give the community a chance to share their marijuana experiences.

If you're looking to travel to this west coast region, you'll need to understand all the rules and regulations surrounding weed use so you can stay on the right side of the Washington marijuana laws when lighting up. We've compiled all the ins and outs of the rules surrounding cannabis in the Evergreen State.

Join us while we leap right in.

According to Washington state marijuana laws, recreational weed use and possession are legal for all adults older than 21years. Those between 18–21 will have to obtain a medical marijuana card to purchase cannabis.

In order to get hold of a medicinal card, you need to have been diagnosed with one of the following conditions:

The Washington marijuana laws are clear that if you have one of the above qualifying conditions and believe you'll benefit from a recognition card, you'll need to follow some steps.

Is buying cannabis legal in Washington?

Is buying weed legal in Washington? Yes. Anyone over the age of 21 is allowed to buy weed from an I-502 licensed dispensary. You'll need an ID to verify your age when buying cannabis seeds. You'll also be allowed to procure ganja paraphernalia such as lighters, pipes, bongs, and rolling equipment.

Be sure to do your research before searching for smoke shops, as some jurisdictions have banned them from within their city limits.

If you're the holder of a patient permit, you'll need to find a licensed medical marijuana shop to meet your needs.

If you're looking to acquire some remedial cannabis, you can purchase high CBD feminized seeds from our online catalog and have them delivered right to your doorstep. All you’ll need to do is visit the Seed Supreme website, order your favorite strain and leave us to do the rest.

Can I grow my own cannabis in Washington?

Is weed legal in Washington for cultivation? Currently, only registered medicinal cannabis users may grow their own plants. If you're a licensed patient, you can germinate six herbs in your house and be in possession of up to 8oz. from what you planted.

Anyone caught cultivating weed without a permit will be subject to a $10 000 fine and/or five years imprisonment.

Although it's not yet allowed for recreational consumers to propagate weed, the public is in high hopes that you'll be able to grow your favorite Northern Lights Feminized seeds in no time.

A bipartisan group proposed a bill to change the Washington weed laws and legalize home cultivation for all those over 21. House Bill 1019 aims to grant each adult within a household to grow six plants, with no more than 15 per residence, to avoid creating small-scale weed farms.

Is Cannabis consumption legal in Washington?

Yes. The consumption of medicinal and recreational cannabis is legal in Washington, provided it's done at home.

The use of ganja products is strictly prohibited in public areas such as restaurants, bars, and community buildings. Most hotels are also smoke-free, and if you're planning to light it up in one, you'll need to research which are pot-friendly.

The current Washington state recreational marijuana laws on possession grant for adults to have up to 1 oz. of bud, 16 oz. of edibles, and 72 oz. of weed-infused liquid on their person. If you're the holder of a medical permit, you'll be authorized to have 3oz. of flowers, 48oz. of edibles, 216 oz. of diluted marijuana liquid.

When will marijuana be fully legal in Washington?

When will growing weed be included in the Washington marijuana law? Small amounts of cannabis may be legal for recreational use, but the Evergreen State still has a way to go if it wants to catch up with some of the other areas.

It's hoped that the regulations will soon be relaxed, allowing for the cultivation of White Widow Feminized seeds in homes across the state.

Is weed legal in Washington? Yes, with accompanying restrictions. With laws changing daily, we know that understanding the states where weed is legal can be challenging. That’s why it's crucial to stay up to date with the current marijuana laws.

With recreational weed use now legal in more than 16 states, including Alabama, Oregon, California, and Montana, it's likely more will soon change their regulations too. Keep yourself in the loop and find out all the latest news and developments here at Seed Supreme.