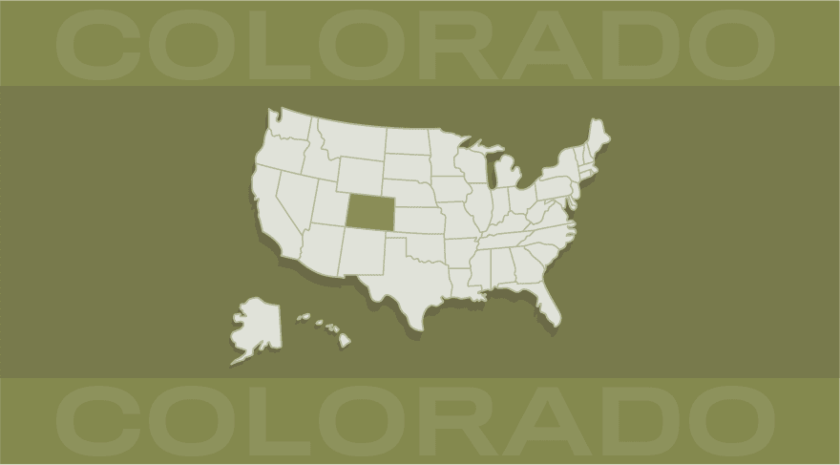 What are the Colorado marijuana laws?

Is buying cannabis legal in Colorado?

Can I grow cannabis in Colorado?

Is it legal to consume cannabis in Colorado?

When will marijuana be legal in Colorado?

Famous for its natural resources and high peaks, Colorful Colorado relies heavily on tourism and agriculture to sustain its economy. These factors have pushed progressive Colorado marijuana laws that other states refuse to accept, such as the legalization of cannabis for adult use.

Is weed legal in Colorado? Yes! Pot laws in Colorado allow you to get as high as its peaks. Restrictions apply, so get yourself up-to-date with the law, so you don’t end up in trouble. Let’s break down the cannabis legislation for you.

What are the Colorado marijuana laws?

The Colorado marijuana laws have been in place since the early 2000s. Colorado’s friendly relationship with cannabis began in 2000 after adopting the Colorado Medical Use of Marijuana Initiative, which legalized the medical use of marijuana.

In addition, the state set up an ID card system to monitor the distribution of cannabis to medical patients.

The Colorado Marijuana Legalization Amendment of 2012 made recreational marijuana use lawful. Cannabis sales began in 2014.

Is buying cannabis legal in Colorado?

You can buy legal cannabis in Colorado if you’re an adult. The Colorado recreational weed age is 21 and above. The following conditions also apply for legal use:

The state has been so generous it allows you to give someone 1 ounce of marijuana as a gift. So why not surprise your friend with some feminized seeds—a perfect birthday gift?

Medical marijuana laws in Colorado allow cardholders to purchase weed for some of the following debilitating conditions:

Medicinal weed seeds will relieve the adverse effects of the conditions mentioned above.

You can also get a cannabis medical card for the following disabling conditions:

Medical cards are valid for a year only, and the good news is that there is no tax on medical marijuana. However, if you’re a minor, your caregiver (above 18 years old) must register as a cardholder on your behalf.

Can I grow cannabis in Colorado?

You can also buy your weed seeds online to avoid missing any purchasing time limits in stores, depending on your jurisdiction.

Is it legal to consume cannabis in Colorado?

Colorado marijuana laws permit you to consume weed if you’re an adult, but you must avoid doing so in populated areas. For example, avoid consumption on federal land, hotels, and even your rental home if your landlord doesn't allow it.

According to marijuana laws in Colorado, you can’t drive while under the influence of pot, even if you use it for medical reasons. You could face penalties or even jail time if you do.

If you have more than 5 grams of delta-9 of THC per millimeter in your blood, or if you have open containers of cannabis in your car, you can be charged with a DUI.

When will marijuana be legal in Colorado?

Thanks to the progressive Colorado marijuana laws, weed for medicinal and recreational use is lawful. As a result, weed enthusiasts can privately indulge in their cannabis products with greater freedom than most states.

Lawmakers in the Centennial State have killed two birds with one stone by accepting weed’s economic and medical benefits. As a result, marijuana laws in Colorado have given medical patients access to improved medical care. Residents also have the freedom to consume pot.

You can also grow your autoflower seeds at home for easy access and a reduced cost compared to your local dispensary.

FAQs about cannabis in Colorado

Can I smoke cannabis if I’m pregnant?

It’s illegal to smoke weed while pregnant. If your baby has traces of THC in its blood at birth, you might have to face child protection services.

Can I smoke cannabis in public?

You can’t legally smoke cannabis products in public, even if you’re a medical marijuana patient.

Can I use weed in Colorado as a tourist?

If you’re the Colorado legal weed age of 21, you can buy one ounce of cannabis from a licensed store.

Final thoughts on cannabis use in Colorado

Of all 50 states, Colorado is undoubtedly one of the most progressive. You can smoke, grow, and buy marijuana with reasonable restrictions, making it seem like some kind of weed-Mecca to those who live in states with less enlightened lawmakers. We hope that other states follow the torch lit by Coloradans way back in 2000.

Understanding the states where weed use is legal is hard, so it’s essential to stay updated with legislation changes. Adult weed use is lawful in more than 20 states, including Illinois and Idaho- and other federal systems are likely to follow suit. Check out all the latest news and developments here at Seed Supreme.