Is weed legal in Virginia? 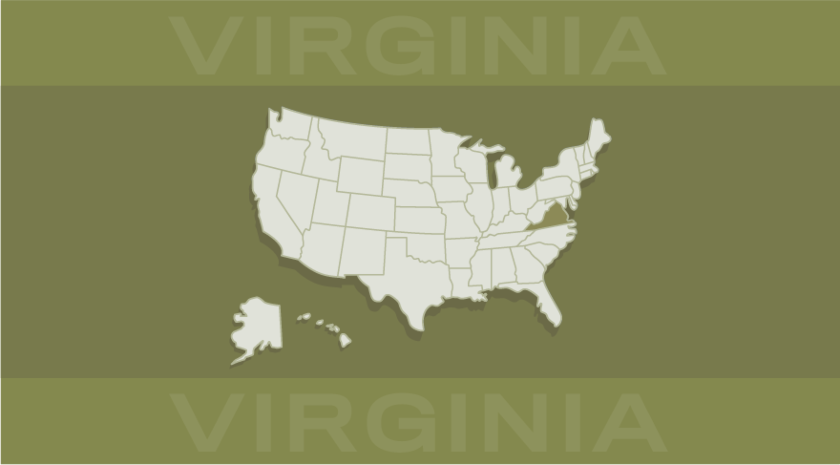 Is weed legal in Virginia?

What are the Virginia marijuana laws?

Is buying cannabis legal in Virginia?

Can I grow cannabis in Virginia?

Is it legal to consume cannabis in Virginia?

When will marijuana become legal in Virginia?

FAQs about cannabis in Virginia

Is marijuana legal in Virginia? Regardless of the Old Dominion's long-standing history of legalized medicinal marijuana, the state denied Virginians the freedom to partake in recreational weed, until now, that is.

On April 21, 2021, the endurance and hard work of Virginian marijuana users finally paid off when Governor Ralph Northam signed off on the bill that would forever change  marijuana laws in Virginia.

This amendment, coming into effect on July 1, 2021, legalizes the use and possession of small amounts of recreational cannabis to anyone over 21. It also decriminalizes weed cultivation, meaning that as of July 1, cannabis enthusiasts are free to grow their favorite marijuana seeds at home.

Read on as we explore the new Virginia marijuana laws, providing you with in-depth info on the use, possession, and cultivation of cannabis in the Mother of Presidents.

What are the Virginia marijuana laws?

Virginia medical laws for marijuana were first passed in 1979, making the Old Dominion one of the first US regions to decriminalize cannabis for medicinal use by adding a clause to the state's criminal code.

In 2017, the General Assembly amended Virginia marijuana laws when they legalized limited cannabis cultivation and THCA or CBD oil supply for patients with intractable epilepsy.

2018 saw the approval of a bil approval that expanded access to medical marijuana, changing Virginia medical laws to allow doctors to recommend the use of medicinal cannabis to any patient that may benefit from it.

Legislation passed in 2019 furthered this cause by permitting doctor's assistants and nurse practitioners to provide patients with written recommendations to use medicinal cannabis extracts with up to 0.15% THC.

On April 21, 2021, the Old Dominion passed HB2312 and SB1406, effectively changing Virginia marijuana laws. It also made the Mother of Presidents the first southern state to legalize weed for recreational use.

According to the newly established Virginia marijuana laws, as of July 1, 2021, you'll be allowed to possess as much as an ounce of pot and home-grow up to four cannabis plants, provided that children won't have access to your shrubs. You'll also be permitted to give up to an ounce of weed to another adult.

Virginia marijuana laws further specify that should you get caught with more than an ounce of cannabis, you'll face a civil penalty, punishable by a $25 fine (if the cannabis weighs less than a pound).

If you’re apprehended with a pound or more of weed, you'll face felony charges punishable by as much as ten years in prison and up to a $250,000 fine.

Retail of legal weed in Virginia will commence on July 1, 2024. In the meantime, Virginian stoners are free to order a variety of high THC seeds online from a reputable seed bank, such as Seed Supreme, and use their newfound freedom to cultivate pot at home.

Is buying cannabis legal in Virginia?

It’ll take some time for legal marijuana in Virginia to become available at dispensaries.

The Cannabis Control Authority, established to regulate the eventual commercial retail of recreational weed, needs some time to design the framework and regulations necessary to oversee the sale, distribution, manufacturing, and cultivation of cannabis products.

According to the Virginia marijuana laws of 2021, the Old Dominion will begin accepting applications for cannabis retail licenses on July 1, 2023. The sale of recreational cannabis in the state will start on July 1, 2024.

For medical weed users, the situation is different, though.

Under Virginia medical laws, registered patients can purchase cannabis oil containing at least 0.08 grains of THCA or CBD and as much as 0.15 grains of THC per dose. These marijuana products are available from any.

Can I grow cannabis in Virginia?

Recent changes to the Virginia marijuana laws bring many new prospects with them.

As of July 1, 2021, home cultivating recreational and medicinal marijuana will be legal in Virginia. Every household may grow up to four cannabis plants, provided that they do it in private and that children won't have access to the shrubs.

For Old Dominion stoners, this newfound freedom is a tremendous victory. One that is bound to boost the morale of many Virginians as they can now raise their favorite feminized seeds at home and in peace.

Is it legal to consume cannabis in Virginia?

Under the new Virginia marijuana laws, you'll be able to smoke or consume your weed or meds in private lawfully. However, public consumption remains illegal, and possessing or using cannabis on school grounds constitutes a class 2 misdemeanor.

Marijuana laws in Virginia further stipulate that if you're transporting cannabis in a vehicle, you must keep it in a sealed container out of reach of the passengers and driver. According to the legislation, an open canister leads to the presumption of driving while intoxicated, which is also illegal.

When will marijuana become legal in Virginia?

The battle for cannabis legalization in the Mother of Presidents is finally over for the citizens of this glorious state. On April 21, 2021, the state legislature amended the Virginia marijuana laws, effectively decriminalizing pot for adult use.

The new law will take effect on July 1, 2021, permitting anyone over 21 to lawfully use, possess, and cultivate weed seeds within state borders.

FAQs about cannabis in Virginia

How do you qualify for the medical marijuana program in Virginia?

Under Virginia medical laws, a registered practitioner needs to provide you with written certification for medicinal cannabis oil. You then have to apply for registration from the Board of Pharmacy by supplying them with proof of residency, paying the $50 fee, and filling out the application form.

Following approval, you can buy weed oil from one of the pharmaceutical processors.

How will the new Virginia marijuana laws affect criminal records related to the sale and possession of cannabis?

According to the Virginia marijuana laws of 2021, all misdemeanor arrests, charges, and convictions before April 21, 2021, for the sale or possession of cannabis will automatically be expunged from your record by no later than July 1, 2025. The same applies to most felony cannabis-related convictions and charges.

What do the Virginia marijuana laws say regarding teens possessing cannabis?

The state prohibits anyone under the age of 21 from possessing weed. According to the marijuana laws in Virginia, any minor caught with cannabis will face a $25 civil penalty. They'll also be required to attend a substance abuse education or treatment program.

Victory! From July 1, 2021, any Virginian over the age of 21 can partake in the magic of cannabis lawfully.

As per the new Virginia marijuana laws, you may cultivate recreational marijuana at home, allowing stoners of this fair state to grow up to four feminized or autoflower seeds in private.

Knowing the states where weed is legal and keeping up with the rapidly changing legalities can be challenging. Up to date, more than 16 states, including Illinois, Dakota, and Arizona, have adopted cannabis legalization, and more are bound to follow soon.

Seed Supreme will provide you with all the latest developments and news here to ensure you stay informed.

The key to successfully cultivating weed lies in choosing the premium seeds best suited for your region's climate.

We offer an extraordinary selection of premium indica, sativa, and hybrid seeds at Seed Supreme, ideal for Virginia cultivation. For discreet packaging and shipping, visit us online today!