Why, How and Why You Should Clean Your Grinder 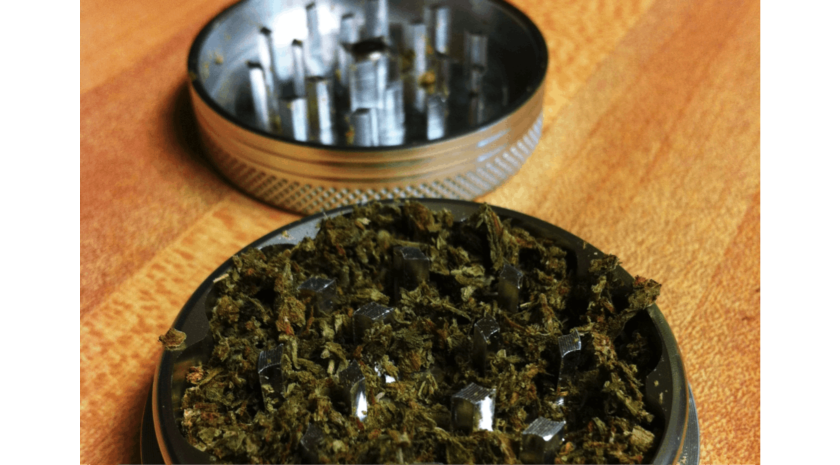 Why, How and Why You Should Clean Your Grinder

Chances are, you have at least a couple of grinders in your collection. It’s also likely you’ve had them in your stash box for at least a few months, if not several years. And if you’re like 99.99% of stoners, it’s wholly unlikely you’ve ever cleaned them.

Or at least, cleaned them properly.


But let’s say you’re not necessarily the heaviest cannabis user. Combined with the fact that you buy bargain bud and have a pretty bog-standard grinder, you’ll probably question if it’s really worth cleaning it. After all, even when it falls apart after a year or two, it’ll only cost you £5 or so to replace it.


The short answer…yes, it is worth cleaning it. The reason being that if you don’t, you could be inhaling more mould, bacteria and general nastiness than you’d probably like to think about.

You’d be forgiven for thinking that if you’re an occasional smoker, you’d get away with no bothering to clean your grinder as often. In reality, it’s the exact opposite. When you use a grinder on a daily basis, you’ll find that it keeps itself clean to a large extent. The grinding action doing the business on your behalf, meaning very little on-going maintenance is required.


However, if you don’t use your grinder very often, it will inevitably harbour bits and pieces of plant matter for long periods of time. During which, there’s a strong chance they’ll become a breeding ground for mould and bacteria. Even if you can’t see it, it’s probably there.


Invisible it may be, but smoking mouldy cannabis really can do a number on your health. This is particularly true if you suffer from allergies or asthma, or really any condition affecting your respiratory system. So rather than assuming there’s nothing in there to worry about, it simply makes sense to give it a good clean.


How to Clean Your Grinder

In terms of when to clean your grinder, that’s up to you to figure out. If you’re using it all the time, give it a clean once every week or so to keep it in good condition. If you’re not using it a great deal, clean it out after each use to preserve it for the next time.


We’ll be assuming you’re using a decent grinder with metal teeth. You’ll want to make sure you get as much THC-packed resin out of it first, which means taking it apart, placing it in a freezer bag and popping it in the deep-freeze for a couple of hours. Take it out, tap it over a clean sheet of white paper and watch as all those freebies you’d normally ignore accumulate before your eyes.


You can then take a small brush or cotton bud and pry out the rest of the bits and pieces that are stuck in there.


The cleaning process can be approached in a bunch of ways, depending on the quality of your grinder and what it is made of.


For example, for a high-quality grinder made of nothing but premium metallic parts, you can separate the two halves and drop them in a pan of boiling water. Leave them in the boiling water for about 10 minutes, before taking them out, rinsing them and drying them.


Some prefer to take a measure of hydrogen peroxide or alcohol, pour it into the grinder, close it, shake it for a minute or two and empty it. You could also rub a couple of cotton buds in some alcohol and use these to clean around the teeth of your grinder.


If your grinder is made of plastic, a safer option is to place it in the freezer for a few hours, give it a good rinse with water and then use a little alcohol on a cotton bud for a final sanitise.


One final note: always (ALWAYS) give your grinder enough time to dry completely. If there’s any residual moisture left in there whatsoever, the likelihood of mould getting into your grinder skyrockets.

#cannabis grinder,  #cannabis Posted in: View all
Categories
Recent Posts
How to set up a cheap indoor grow setup
How to Identify, Prevent, and Resolve Nute Burn in Cannabis Plants