Should I Mix Two or More Cannabis Strains Together? 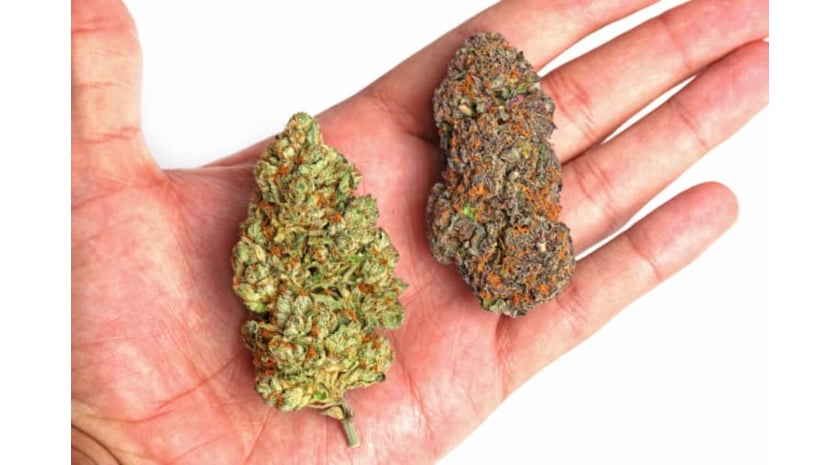 Should I Mix Two or More Cannabis Strains Together?

One of the main risks (or at least disadvantages) of buying random weed from equally random sellers is that you never know what you’re getting. They may tell you it’s Northern Lights or Gorilla Glue, but chances are it’s nothing of the sort.

Alternatively, it could be that the weed you’re buying from questionable characters is a mixed batch of god-knows-what. This is particularly true where cannabis shake is concerned, which often contains bits and pieces from countless cannabis strains.

If you want to know exactly what’s in your bag and subsequently what kind of experience to expect, you need to buy separate/individual strains you can count on to be just that.

As always, it depends on whom you ask. Nevertheless, there’s at least a certain amount of logic to the argument that says combining strains together can be a good thing.

Why Mix Weed Strains Together?

The arguments voiced by those who mix weed on a regular basis are relatively simple. It’s exactly the same as mixing a cocktail - two or more components coming together to produce something that’s more than the sum of their component parts.

Every cannabis strain has its own unique composition, with its own long list of flavonoids, cannabinoids, terpenes and so on. As a result, every strain also has its own individual fragrance and flavor profile. Some are sweet, some fruity, some sour, some floral - a near-endless range of options to choose from.

In which case, surely you could argue that by combining two or more strains together, you can create your own unique hybrid concoctions with extraordinary fragrance and flavor profiles. The kinds of cannabis cocktails you’d otherwise be unable to enjoy, if sticking with individual strains alone.

For example, there may be a cannabis strain you cannot get enough of in terms of fragrance, flavor and all-round enjoyment. The only problem being that its THC content is off the scale and far too much for you to handle.

If so, why not tame it slightly by mixing it with some high-CBD weed with a low THC content?

Likewise, combining the properties of Indica and Sativa strains to take full control of the effect is also a possibility. Take a notoriously incapacitating strain and blend it with something like Green Crack to create something that’s motivating, stimulating and relaxing in equal measures.

Again, all with a unique fragrance and flavor profile unlike anything you’ve ever experienced.

Unfortunately, the suggestion that combining two high-THC strains will get you twice as high as either of the component strains independently is way off the mark. Combining two ultra-potent strains can make you feel higher for the simple reason that you’re combining the properties of the two strains in question.

One of which could be noted for its psychedelic effects, the other for bringing on the kind of couch-lock that melts you into a gibbering wreck for at least 5 hours. Increasing potency in the traditional sense by combining strains isn’t an option, but bringing something much more intense into the whole experience is.

Long story short therefore, the answer is yes - mixing two or more cannabis strains together can be a hoot. Just as long as it’s you who mixes them, and you know exactly what’s in there.