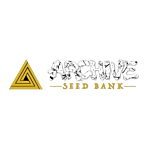 Overview
This OG Kush from Archive Seeds is named after the impressive Lake Tahoe area ski resort "KirkWood."
Details
The mother plant, the F-Cut OG Kush, was brought onto the scene by ICMag.com member DankiestOG. Having posted some of the arguably, dankest looking pictures of an OG Kush to ever hit ICmag.com, it was an instant hit and immediately one of the most sought after cuttings. He claimed he had received the cutting the late 90's/early 2000's in the Lake Tahoe area as simply labeled as "Kush", and nothing more. Very few people were ever given access to this stellar phenotype of the fabled lineup of California "OG Kush" clones. For Archive Seeds, this particular OG Kush expresses some of the most vigorous plants with that sublime combination of classic dank, lemon pinesol, earthy dankness OG is known for. A real winner and one of their personally most anticipated OG releases due to the more "historic" nature of the mother plant.
More Information
Reviews
Write Your Own Review
Only registered users can write reviews. Please Sign in or create an account
Related Products
We found other products you might like!
Top
item(s) in your cart