Is it legal to buy and grow cannabis seeds in New York?

Is it better to grow cannabis indoors or outdoors in New York?

The legalization of marijuana has been making leaps and bounds in the states. Every time we turn our heads, another one has joined in on legalizing recreational weed.

Marijuana seeds in New York are on the fast track to becoming readily available. The new weed laws allow for both recreational and medicinal use in the Empire State.

Positive changes are good news not only for pot-loving visitors and residents but for the damaged economy too. Of course, there are still some laws that need to be specified, but it's expected that the New York weed market will be up and running within a year.

Let's take a look at all the ins and outs of smoking, growing, and buying marijuana seeds in the Big Apple.

Is it legal to buy and grow cannabis seeds in New York?

Is weed legal in New York? The good news is, yes!

In March 2021, SB854-A, the Marijuana Regulation, and Taxation act was passed, legalizing medicinal and recreational marijuana use for people over 21. The Office of Cannabis Management was also established at this time for the control of all things weed-related. This includes licensing, guidelines, and law enforcement.

It's been speculated that the movement to diminish restrictions on harvesting cannabis seeds in New York is owing to the economic impacts brought about by COVID-19 lockdowns. It's foreseen that weed taxes will bring in large amounts of capital which the government intends to put to good use in reestablishing the economy and helping communities get back on their feet.

Even though the Empire State is well on its way to becoming one of the nation's largest cannabis markets, they're not quite there yet. New York dispensaries are yet to be constructed, and laws on growing still need to be specified before the ball starts rolling on pot sales. Not to worry though, you can still purchase feminized seeds from us for the day you can start germinating them.

Currently, all adults may legally possess up to 3oz. of bud and 0.8oz. of concentrated weed. You'll soon also be able to grow six plants (three adult and three juvenile) at home if you're one person over the age of 21 and 12 (six adults and six juveniles) in households with two or more adult residents.

As far as smoking laws go, it's perfectly legal to light up a doobie in any of the areas that tobacco puffing is allowed. This includes most areas except for schools, workplaces, cars, parks, beaches, and boardwalks. It's expected that consumption sites will soon be made available to all those who wish to smoke buds created from weed seeds in New York.

Is it better to grow cannabis indoors or outdoors in New York?

For the moment, neither indoor or outdoor growing of marijuana seeds in New York is legal. Not to fret though, it won't be long until you can cultivate your Zkittles Feminized seeds.

If we look at the laws passed by other states, we can deduce that any New York cannabis seeds you germinate will need to be kept out of public view. Most people decide to grow their pot indoors and avoid the fines related to garden plants being seen. If you choose to farm outside, you may need to hide them by growing them in a greenhouse.

What are the climate conditions in New York?

The Big Apple has a typically humid, subtropical climate with cold, wet winters and hot, humid summers. The best time to germinate your marijuana seeds in New York is around June, so you can expect to harvest around September or October before temperatures drop too low.

With rain all year round, NYC can serve as a growers paradise if you consider the following factors:

Discover the best strains to grow in New York

If you're looking to buy marijuana seeds online in New York, look no further than our cannabis seeds for sale. You might not be able to propagate them yet, but it won't be long before you can create your own weed forest. 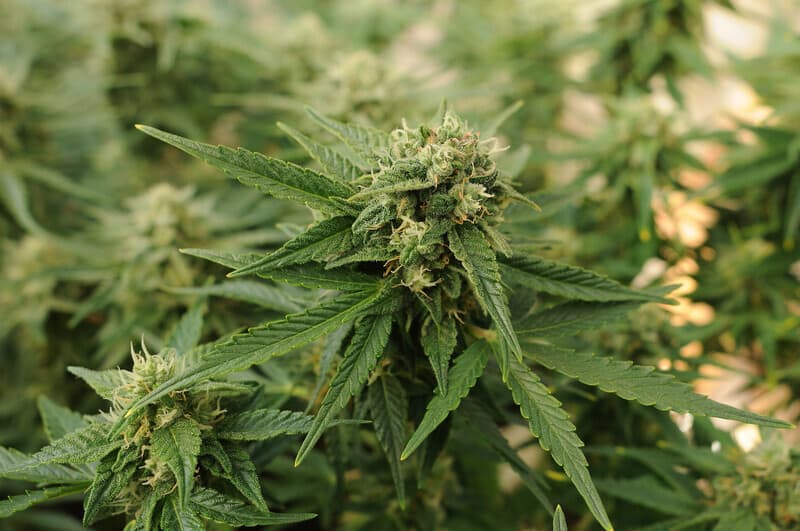 We've put together a list of the best indoor and outdoor strains for your consideration.

Cannabis seeds shops in New York are working hard to get up and running within the next year. But, until then, you can visit the Seed Supreme website to buy your White Russian Feminized. With our wide variety of online merchandise to choose from, the world is your oyster. Not only do we provide high-quality products, but we also have excellent service and offer door-to-door delivery.