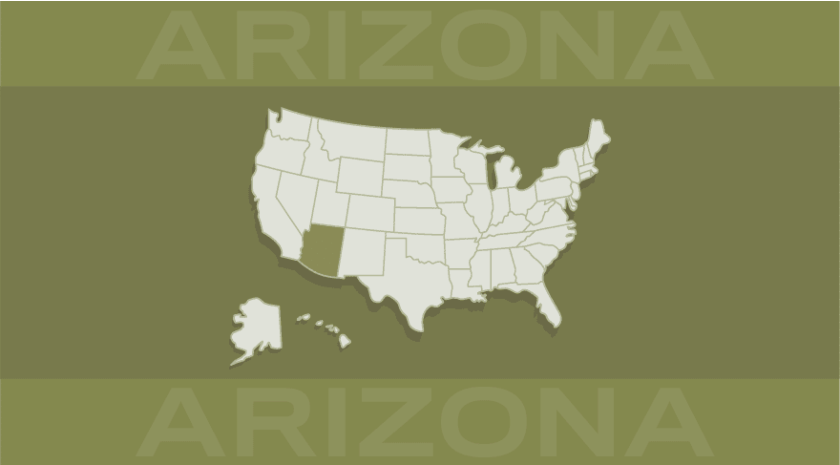 Is buying cannabis legal in Arizona?

Can I grow my own cannabis in Arizona?

Is Cannabis consumption legal in Arizona?

When will marijuana be legal in Arizona?

When will weed be legal in all states?

Is weed legal in Arizona?

Knowing if marijuana is legal where you live is critical because the Rohrabacher amendment to Bill H.R.4660 states that the federal government can’t prosecute individuals complying with state medical cannabis laws.

So, if you’re in the Grand Canyon state and you want to use or grow weed for medical or recreational reasons, you’ll be happy to know that Arizona marijuana laws allow such practices.

However, before you run out to buy cannabis seeds, let’s find out more about the state’s legislation on marijuana and its prohibitions to avoid risking felony or criminal charges, fines, and imprisonment.

It’s important to note that this is information on the law and not legal advice.

Before November 30, 2020, weed was legal in Arizona, but for therapeutic purposes only. The state initiated its medical marijuana program on November 2, 2010, when its citizens voted for Proposition 203.

This initiative permitted qualified residents to visit a licensed Arizona medical marijuana physician to obtain a patient card. With this card, they can buy cannabis products at any dispensary in the state.

According to medical weed laws in Arizona, card-holding patients can purchase from the state’s dispensaries and hold medical marijuana up to 2.5 ounces every two weeks. In addition, patients can designate a caregiver to possess the cannabis on their behalf.

Other weed enthusiasts had to wait ten years to be able to possess and consume marijuana for recreation.

Arizona’s weed legalization took a significant step forward when the state became the 13th to make recreational cannabis legal for individuals 21 years and older. Its citizens voted 60% to 40% to pass Prop 207 or Smart and Safe Arizona Act (SSAA) on November 3, 2020. Before this, state laws banned the non-medical use, possession, or cultivation of marijuana.

Under the new Arizona marijuana law, lawmakers had set April 5, 2021, as the deadline for establishing regulations for the state’s cannabis industry and approving licenses for existing medical and new recreational dispensaries to sell weed to adults. However, news reports show that the process was expedited, and these outlets have begun offering marijuana for sale since January.

With recreational marijuana being legal in Arizona, adults can also cultivate plants at home for non-medical use in place of buying weed.

If you’re looking for an excellent cultivar to grow, we suggest the OG Kush Feminized strain, as it’s a favorite among cannabis users.

Is buying cannabis legal in Arizona?

Under Arizona medical marijuana laws, patients with registered identification cards have been allowed to buy and possess as much as 2.5 ounces of cannabis every two weeks from licensed dispensaries.

The Smart and Safe Arizona Act now permits adults 21 years old and above to buy and hold a maximum of 1 ounce of weed for recreational use.

Although marijuana laws in Arizona permit buying pot, if you can’t find what you want in the dispensaries or prefer cannabis with lower THC content, you can choose to cultivate your own crop using high CBD weed seeds. Find out more about growing marijuana next.

Can I grow my own cannabis in Arizona?

Before the passing of Prop 207, Arizona weed laws allowed only residents registered as medical marijuana patients to cultivate the plants at home, provided they live 25 miles or more from a licensed dispensary. These individuals could grow as many as 12 plants.

The new Arizona marijuana law (SSAA) makes home growing legal for everyone. However, adults are restricted to 6 plants per residence. If two or more adults live in a home, the limit is 12.

If you want to get on the bandwagon and cultivate your own pot, we suggest you start with feminized seeds of your strain choice. They’re easy to grow as you get only female plants, which will produce a bountiful yield with the least hassle.

Is Cannabis consumption legal in Arizona?

With marijuana legalization in Arizona implemented, consuming cannabis for medical and personal reasons is permitted. Previously, under the Arizona Medical Marijuana Act, only registered patients could use weed for their medical conditions.

However, users must be aware that there are legal boundaries as far as the consumption of marijuana is concerned.

Besides complying with Arizona cannabis laws, you need to check with your employer if they sanction employees having or using weed in the workplace to safeguard your job. Businesses have the right to keep their premises drug-free.

When will marijuana be legal in Arizona?

As of November 3, 2020, marijuana laws in Arizona changed to legalize possession, consumption, and cultivation of weed in the state for medical and recreational reasons.

At the time, it was the 13th state to allow cannabis for recreational use.

When will weed be legal in all states?

As you can see, legislation is changing all the time. It’s now legal in 19 states, including Colorado, California, New York, Michigan, and Illinois. There are initiatives ongoing in many states, and time will tell if and whether they’ll be successful.

We’re keeping abreast with every development in the legal side of the cannabis industry, so make sure to follow the latest news on Seed Supreme.