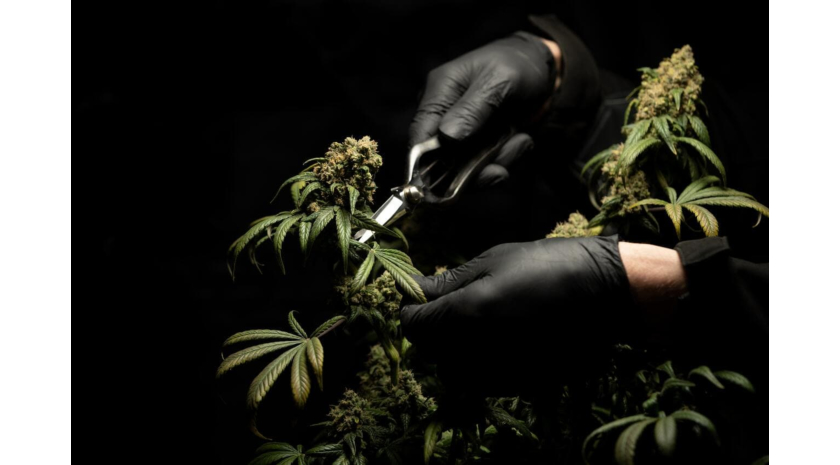 As a cannabis smoker, we're sure you've come across a lot of weed strain names. Check out any marijuana strain dictionary, and you could spend hours reading through them all.

Some have stood the test of time, and even folk who don't enjoy relaxing with a fat joint will recognize them, like White Widow. Other marijuana strain names reflect what the breed is all about, such as Gorilla Glue and Sour Diesel.

However you feel about these titles, it's safe to say that whoever's coming up with them has a pretty strange sense of humor. Come on: who would put the time and effort into creating a new cannabis breed and put Tuna Kush on the label? Fishy weed, anyone?

That’s only the tip of the iceberg because many breeders have managed to come up with the worst weed strains ever. Want to know what they are? You're in luck.

We've put together the twelve absolute worst weed strains we've come across, and it was hard to narrow it down. Sadly for Super Skunk and Goo, they just missed out. Girl Scout Cookies came close, too, until we decided it was a great code name in front of mom and dad.

Strap in and get ready for the roller coaster ride that'll take you from Purple Monkey Balls to the Pootie Tang strain. Let the madness begin!

What makes the worst weed strains' names so awful?

With so many weird and wonderful marijuana strain names in existence, you might wonder how we decided on the ultimate twelve.

Take a look through our list, and you'll see precisely why we chose them.

As far as bad weed strains go, the ones on this list have some fantastic reported effects. It's just what they're called we're not so sure about.

Without further ado, let's dig into the psychedelic world of the worst weed strains and their on-another-planet names.

Let's kick our list off with the Purple Monkey Balls strain. We're not sure what the person who conjured up this idea was smoking, but it was likely something on this list.

As if monkey balls weed isn't weird enough, why do they make us conjure the image of empurpled simian, ahem, nuts? One thing's for sure: your friends will be in fits of giggles when you tell them what they're puffing.

Is cat piss a pleasant name for anything? We don't think so. We'll give the Cat Piss weed strain some credit as it gives you a wonderfully euphoric and uplifting high, but the idea of kitty litter as you take a toke is enough to make anyone green out.

We doubt that its creator has actually had the pleasure of smelling a real shark's breath, but someone thought it was a great idea to name their new breed this anyway.

What can you expect from such a strain? A warm, fishy aroma as you light up? Pass the bucket! We think we'll be ordering some Great White Shark seeds instead.

We hope no school kids have ever sneaked this into college. Can you imagine the uproar when your teacher overhears you whispering bomb weed names to your classmates? This is definitely one of the worst marijuana names out there.

Does this name bring back memories of getting baked and watching American Pie? We imagine that's exactly how this name came about. The thing is, this one stands for "Marijuana I'd Like to Flower." Funny? We're not so sure. Dated? Definitely.

This one literally creates the image that you're going to be smoking radiation. Perhaps it even grew on the site of the Chernobyl explosion.

Does calling your breed after the worst nuclear power plant disaster ever sound like an excellent marketing tactic to you? We don’t think so.

If you're looking for a Stinky Pinky strain review, you won't find it here. As far as names for bad weed go, this is a top contender.

Pinky by itself sounds a little weird, but popping a stinky in front of it? Not for us, thank you!

We're sure you can guess how this strain got its awful name. Herojuana weed is well-known for numbing pain and inducing sleep. We think they could have come up with something a little more light-hearted, though, as this sounds a little too grim for our tastes.

This cross between Hindu Kush and Malana isn't winning any prizes. The name is somewhat unsettling, and you probably don't like the idea of smoking it in company. We don't blame you there. We'll leave this one on the shelf for now.

Did the breeders of this worst weed strain literally scrape it off the highway and wrap it up in a J? No, but it sure sounds that way.

British Columbia regularly puts out top-quality marijuana, and this Roadkill strain gives you a solid relaxing buzz that deserves plaudits. This title is a little misleading and won't do them any favors when it comes to advertising.

Trainwreck is a well-loved weed strain, but when bred with Trinity, they give birth to the Bloodwreck hybrid. This one has enough yuck factor to cause some trippy dreams if you doze off while high.

Cannabis tends to conjure up thoughts of being chilled and relaxing with your friend. So, where did this abusive name come from? The reported effects tell a different story, but we think we'd pass this one up for a friendlier-sounding breed.

The names above certainly won't be making their way into the top 100 weed strains anytime soon. Perhaps these breeders should take some tips from our favorites list. Check out our best marijuana strain names:

A strain by any other name

There you have it! These aren't the worst strains of weed on the market, but they certainly have the most off-putting names. Do you dare to try them? After all, who could refuse a juicy nug of the green queen, whatever she might be called? Don't judge a book by its cover.

Buy these bad weed strains at your nearest marijuana dispensary or online seed bank and see what you think. Don't forget to let us know what you thought and whether they lived up to their terrible marijuana strain names or not.

Posted in: Facts,  View all
Categories
Recent Posts
The ultimate guide to drying and curing weed