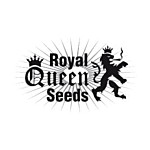 Overview
This is one of the best combination of large yield in a short flowering period
Details
This Critical from Royal Queen Seeds is an Indica dominant genetic which shows in its small size, staying below 1 metre tall. It has short internode spacing, which will eventually fill up with buds, making it the high-yielding specimen it is. Grown indoors, it will average 500-600 grams per m2 and can easily hit 600 grams per plant. Grown outdoors, it prefers a warmer climate such as in Spain, Italy or California. Due to its relatively short flowering time, it can adjust to more northern latitudes (Netherlands); however, it will not reach its full potential as it would indoors. No other plant from Royal Queen Seeds will yield as much in 7 weeks as Critical Feminized.
More Information
Reviews 1
Write Your Own Review
Only registered users can write reviews. Please Sign in or create an account
Related Products
We found other products you might like!
Top
item(s) in your cart