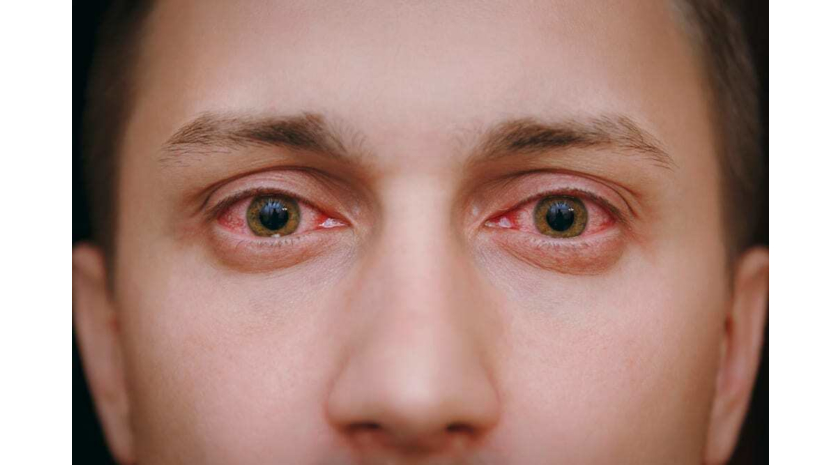 Of all the tell-tale signs you’ve been hitting it pretty hard within the past few hours or so, nothing is more of a giveaway than red-eye. Whether you’ve been smoking high-THC weed or indulging in your favorite edibles, bright red eyes are all part and parcel of the experience.

But what’s particularly annoying about red-eye is the way in which it can make you look as if you’re high as a kite, when you’re actually feeling quite sharp and sober. You feel fine and can function like a normal human being, but to everyone else you look like you’re hovering somewhere between here and the edge of the universe.

Worse still, red-eye is a pesky cannabis’ side effect that can linger long after the event - often well into the next day. Something that doesn’t bode well for those who have a job to do, particularly where a workplace has a zero-tolerance policy on cannabis use.

In which case, is there anything you can do to prevent red-eye from occurring outright? If not, what can you do to bring red-eye under control and at least reduce the severity of the whole thing?

An Inevitable Side Effect of Cannabis Consumption

At the risk of jumping straight to the conclusion, the short answer is no - there isn’t anything specific you can do to prevent red-eye from occurring. Shy of abstaining from cannabis consumption entirely, but let’s assume that simply isn’t an option.

Red-eye occurs due to a combination factors, involving the ocular capillaries, changes in blood pressure, heart rate fluctuations and the dehydrating effects of cannabis. When all of these factors combine, they often result in eyeballs as bright as an LED.

On the plus side, there’s no evidence whatsoever to suggest that red-eye - even in the most severe of instances - is in any way harmful. It may look as if your eyeballs are about to explode, but there are no recorded appearances of this actually happening…thankfully.

Not that this addresses the issue of bringing the visual side of red-eye under control, which isn’t quite as easy as it might be.

The extent to which your eyes will glow after consuming cannabis will be impacted by a multitude of factors. Some of which are within your control, others (such as your genetics) there is absolutely nothing you can do about.

For example, different types of cannabis strains have (for reasons unknown) been associated with red-eye of varying severity levels. If one particular strain leaves your eyeballs bursting out of your skull, try something else.

In addition, making sure you remain very well hydrated for the duration is also essential. The more dehydrated you get, the bigger the toll the whole thing will take on your eyes.

If these particular ships have sailed, there’s still hope for bringing things under control before heading out to the office. Though these are the only tried, tested and genuinely effective ways of combating red-eye after the event:

If in doubt, consider whether calling in sick could be less detrimental than heading into the office and getting fired for looking high as a kite!