Is weed legal in Alaska? 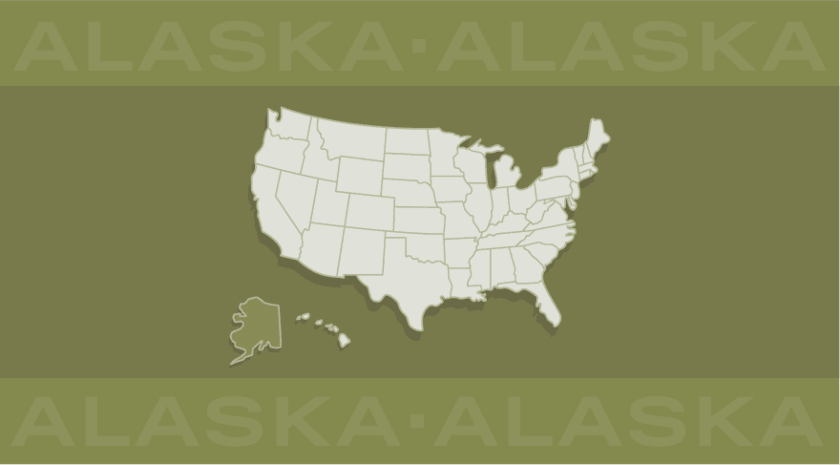 Is weed legal in Alaska?

What are the Alaska marijuana laws

Is buying cannabis legal in Alaska?

Can i grow cannabis in Alaska?

Is it legal to consume cannabis in Alaska?

When should marijuana become legal in Alaska?

FAQs about cannabis in Alaska

Alaska is undoubtedly one of the most exciting states in America. It’s jam-packed with scenery, fascinating cultural experiences, and more than 34,000 miles of stunning coastline. Before you enjoy the views with a blunt in your hand, it’s important to know the Alaska marijuana laws.

Is weed legal in Alaska? Keep reading as we unpack Alaska cannabis laws, including the legislation around possessing, consuming, and cultivating cannabis. Let’s dig in.

What are the Alaska marijuana laws?

Alaska is a leading state in the cannabis legislation sector. Is marijuana legal in Alaska? In 1971 President Richard Nixon declared the Comprehensive Drug Abuse Prevention and Control Act. This act decriminalized cannabis but didn’t legalize it.

Is weed legal in Alaska now? In 2014, 53% of voters approved the Alaska Marijuana Legalization Initiative. This initiative went into effect in 2015 and allowed the cultivation, consumption, and sale of cannabis for recreational use.

Medical users can access cannabis by applying for a Medical Marijuana Registry card. Medicinal weed is legal in Alaska but there’s no differentiation between cannabis for medical use and recreational use.

Is buying cannabis legal in Alaska?

Is weed legal in Alaska? Yes, and buying cannabis is legal too. People can buy weed from state-licensed retailers and establishments that are endorsed for on-site marijuana consumption.

If you’re purchasing weed from a retailer, here's a checklist of things you must carry:

Generally, public consumption of cannabis is punishable by law. Is it legal to smoke weed in Alaska? You can’t smoke weed at any public place in Alaska, but there is one exception.

There are some establishments with a legal onsite consumption endorsement. The law permits the purpose and consumption of no more than 0.3 ounces of smokable bud at these places.

Is marijuana legal in Alaska for medicinal use? Medicinal cannabis is also legal. Medical users have access to the same cannabis products as recreational users.

Typically, seeds are souvenir items, and you can purchase any amount. It’s legal to buy marijuana seeds in Alaska, but you may only grow a specified amount of them.

Can I grow cannabis in Alaska?

Alaska is known for its diverse climate, which makes for a fascinating growing experience. Is it legal to grow your own weed in Alaska? Yes. Alaskans can grow weed seeds, but there are limits.

After the 2014 vote to legalize marijuana, the Alaska marijuana laws around cultivation also changed. Since March 2015, Alaska Stat. Section 17 allowed both recreational and medicinal users to grow up to 6 marijuana plants.

Technically, a single household can have up to 12 marijuana plants present at any given time. It's still in line with Alaska marijuana laws, as long as only six (or less) are flowering at the time.

There's no limit to what type of weed you can grow, so even high THC seeds are allowed. Is growing marijuana legal in Alaska? Yes, but you can only grow six plants per household, and you must hide them from public view.

Given these specifications, you should choose plants that’ll give you a huge harvest but grow small in stature. Good options include dwarf strains like White Dwarf seeds and strains like Amnesia Haze seeds, where you can apply LST.

Is it legal to consume cannabis in Alaska?

Alaska is a beautiful state, and enjoying cannabis can amplify the beauty it has to offer. Is weed legal in Alaska? Yes. You can legally consume marijuana in Alaska in the form of flower, tinctures, edibles, salves, concentrates, topical patches, and beverages.

According to Alaska marijuana laws, you can only consume cannabis on private property such as your home or a friend's home. There are also establishments with a valid on-site cannabis endorsement where you may enjoy marijuana products.

When should marijuana become legal in Alaska?

FAQs about cannabis in Alaska

For medical users, is marijuana legal in Alaska?

Yes. Medical marijuana has been legal since 1998 when the state passed the  Alaska Medical Marijuana. Patients can also grow medicinal weed seeds in their homes.

Is it legal to smoke weed in Alaska?

Yes. You can smoke weed on private property or establishments with on-site marijuana endorsements.

What is the legal age to smoke weed in Alaska?

The legal age for recreational use is 21 and over. With medical use, if a patient is younger than 21, the parents or guardians sign a consent form on the patients’ behalf.

Alaska is a weed-friendly state

Alaska is an enchanting place filled with adventure and excitement. Is weed legal in Alaska? Yes. Alaskans can celebrate by smoking weed on private property or growing feminized seeds in their backyards.

As legislation changes, understanding the states where weed is legal can be challenging. Recreational use is now legal in more than 18 states, including Washington, Oregon, and California, with more states likely to join them soon. Discover the latest news and developments here at Seed Supreme.