Is Weed Legal in Texas? 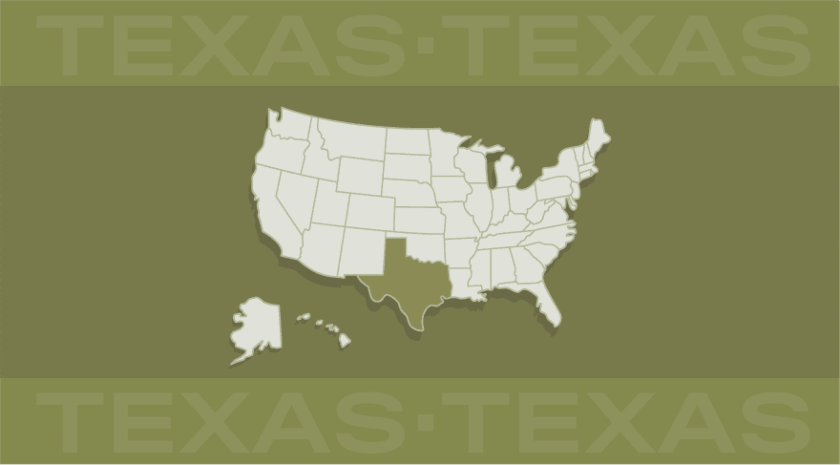 Is Weed Legal in Texas?

What are the state’s marijuana laws?

Is buying cannabis legal in Texas?

Can I grow cannabis in Texas?

Is it legal to consume cannabis in Texas?

When should marijuana become legal in State?

FAQs about cannabis in Texas

Is weed legal in Texas? If you’re asking for recreational purposes, the answer is "no."

The history of Marijuana laws in Texas is tricky to understand—especially when determining which laws regulate marijuana products.

Join us as we look at the status of Texas marijuana laws and how they affect residents and visitors.

What are the state’s marijuana laws?

Marijuana in Texas has had prohibition regulations in place since 1931, with no new discussion about the topic until 1974 introducing House Bill 447. This new Bill downgraded cannabis possession from felony to misdemeanor.

In 2007, we saw House Bill 2165 introduce the "cite and release" dynamic for offenders carrying up to 4 ounces.

By 2019, House Bill 1325 went into effect, allowing the possession of cannabis products with a 0.3% content of THC. A compromise was made to modify this bill in 2021 to increase the limit to 1%.

Is weed legal in Texas? Only under strict medical supervision. Marijuana is considered a controlled substance under federal law state-wide, so it can only be recommended under compassionate use programs.

The current laws regulating marijuana for medical or recreational use in Texas are the following:

Is buying cannabis legal in Texas?

As it currently stands, the production of legal weed in Texas is done by certain companies under heavy regulation by the local Government. These medicinal weed seeds are grown in Schulenberg City, Fayette County.

In a bill called "The Texas Compassionate Act" signed in 2015 by then-governor Greg Abbott, medical professionals were allowed to recommend marijuana products. Some of the qualifying ailments include epilepsy, anxiety, depression, or chronic pain.

You can get these products from specific dispensaries in Amarillo, Austin, Dallas, El Paso, Houston, Corpus Christi, Manchaca, and San Antonio.

Can I grow cannabis in Texas?

According to Texas marijuana laws in 2021, you can't. But the state is an excellent place for crops, with production rates of 29% of all cotton used in the USA, followed by corn, sorghum, wheat, and peanuts.

The land is fertile enough to garden almost any strain, such as Amnesia X AK47 or Badazz Rolex.

Sadly, weed cultivation mirrors possession under current marijuana law in Texas. You may buy cannabis seeds, but growing them is out of the question for now.

The consequences of doing so will land you a misdemeanor or a felony charge, depending on the amount of weed you have in your place.

So when will marijuana be legal in texas? The answer may come soon enough as the state is slowly changing its harsh stance on cannabis products.

Is it legal to consume cannabis in Texas?

Current medical marijuana laws in Texas allow you to consume certain products with no more than 1% THC under medical supervision. Anything more could have some legal repercussions.

Possession of cannabis products is illegal in the state, even if the products you carry are for personal use. You might have a hard time proving your intent if you don't know the laws or get proper counsel.

When should marijuana become legal in State?

Will marijuana ever be legal in Texas? We would love to say "yes," but the fact is that Texas still holds a very conservative majority among its legislators and politicians.

You can take the ongoing discussion as a good sign of progress. The acceptance of weed consumption for medical purposes is one of the strongest shreds of evidence that the winds are changing in Texas.

FAQs about cannabis in Texas

Is medical marijuana legal in Texas?

Yes but only for products containing under 1% of THC, which may be enough to treat mild cases of pain, anxiety, or other psychological issues

Is recreational marijuana legal in Texas?

At present, no. Possession and transportation of marijuana-related products can be listed as a misdemeanor or a felony, depending on the amount of weed you carry with you.

What is the maximum penalty I can face related to weed possession in Texas?

The most extreme penalty you can face in the state is 99 years of prison and a fine of $50,0000 if they find you at least 2,000 pounds of weed. In such a case, the state would consider you a prime suspect with the intent to distribute.

It sure seems like we are pretty tied up when it comes to legal weed in texas. Top everything we just said with the fact that some jurisdictions tend to enforce the law with more strength than others, and it's easy to get confused about where it’s safe.

With marijuana decriminalized in 31 states like New York, California, and Colorado, we are hopeful that Texas will catch up soon. Follow Seed Supreme for regular updates and law changes.