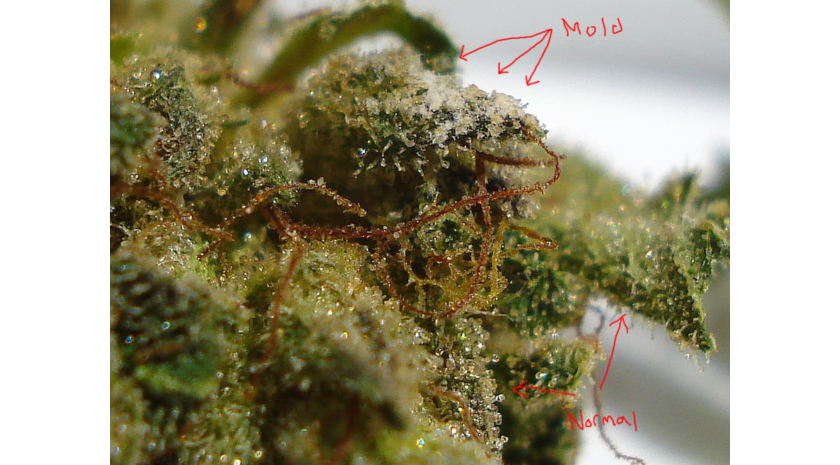 The only thing worse than failing outright while trying to grow cannabis is succeeding spectacularly, only to then watch your entire crop be laid to waste by mould. Call it mould, bud rot or anything else you like, it’s still the same menace that can reduce your dreams to a stinking, useless mess.


If there’s one golden rule when it comes to harvesting, drying and curing cannabis, it’s to never overlook what’s actually involved in terms of getting it right. Simply diving into things under the assumption you know what you’re doing is a sure-fire recipe for disaster. Of course, it’s the kind of hideous mistake the vast majority of growers only make once, but is still so blisteringly painful that it will probably haunt you for the rest of your life!


If you’re interested in the science behind it all, the scientific name for bud rot is Botrytis cinerea. This hideous nuisance can make its mark at any time during the plant’s life, though it’s particularly likely to do a number on your harvested buds while drying. Given the right conditions – largely cool, damp, stagnant air – it can set in quickly and spread like wildfire. Worse still, it can be very difficult to detect at first without giving your buds a thorough investigation.


Once it sets in, you’re in trouble. If the mould reaches the surface of the bud, chances are the whole thing is already ruined. Which in turn means that the best advice is to do whatever it takes to prevent it from setting in.


Which means first of all acknowledging one rather unfortunate yet highly important fact – it is fundamentally impossible to prevent mould spores from making their way into wherever it is you choose to dry your cannabis. From the International Space Station to the depths of Antarctica, they are absolutely everywhere. Which means it’s your job to prevent them from setting up home on your cannabis plants, by ensuring you do not provide them with favourable conditions.


During the drying phase, it’s simply a case of hanging your cannabis flowers in a place where you can guarantee good circulation of air, minimal moisture and relatively consistent temperatures. In many instances, an entirely unsuitable location can be transformed into a perfectly fine location with the addition of an oscillating fan. Before moving onto the curing phase, you need to ensure that the buds are trimmed comprehensively to get rid of all sticks, stems and other plant matter, while also ensuring they are sufficiently dry, without becoming crumbly in texture.


Curing needs to take place in airtight jars or containers – a process which sees the residual moisture from the buds and the stems slowly making its way into the air within the jar, permeating the rest of the cannabis and improving its quality. However, this moisture in the air within the jar is also what can put your cannabis as risk of bud rot.


This can be prevented simply by using humidity regulator packets, which are placed inside the jar and can do a great job keeping things under control for next to no cost. Alternatively, you could simply go with the DIY option of periodically ‘burping’ the jars. Roughly translated, opening them up to three times a day to let out just a little of the moisture and re-seal the jars with drier air inside. Of course, it’s crucial to make sure you only do this in an area whether the ambient humidity won’t be too high for your buds.


That’s really all there is to it – the key being to adopt a proactive attitude and never leave things to chance.

Find Out More About Bud Rot And Powdery Mildew