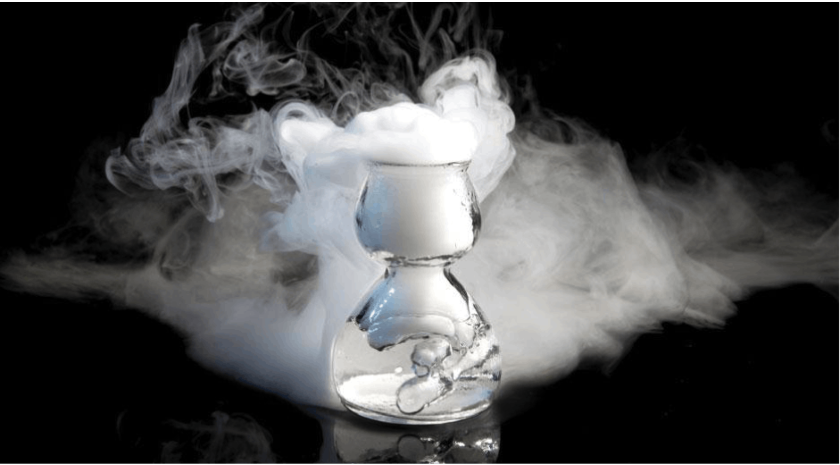 The problem is that nitrogen overload is routinely misinterpreted as simple over-watering. Particularly when it comes to yellowing of the leaves, which is a common symptom of oxygen deprivation. Nevertheless, if the leaves began clawing before turning yellow, this almost always indicates excessive amounts of nitrogen.

In which case, immediate action needs to be taken to prevent any further damage.

What Is Nitrogen (N)?

Nitrogen is one of the most important nutrients required for the cultivation of quality cannabis. Throughout all life cycle stages, cannabis plants require a specific amount of nitrogen to fuel their organic processes. Higher and lower amounts of nitrogen are needed throughout different stages of the plant’s life.

In cannabis plants, nitrogen allows for the production of proteins, amino acids, enzymes, chlorophyll, alkaloids and nucleic acids. This, in turn, makes nitrogen the primary contributor to the healthy growth of branches, leaves and stems.  Not to mention, healthy and generous flowers during later lifecycle stages.

For obvious reasons, therefore, insufficient quantities of nitrogen can stunt the progress of your plants. But at the same time, providing your plants with too much of a good thing can have equally negative consequences.

How Much Nitrogen Do Marijuana Plants Need?

One of the most common mistakes among newcomers to cannabis cultivation is the provision of too much nitrogen. It’s assumed that as nitrogen is one of the building blocks of quality cannabis, more is better. In reality, it’s far too easy to provide excessive amounts of nitrogen, increasing the risk of nitrogen toxicity.

The key to success lies in striking the right balance, which varies in accordance with the plant’s life cycle stage. During the vegetative stage, marijuana plants need nitrogen in high quantities. In fact, just as long as you don’t go completely over the top, it’s difficult to give them too much nitrogen during this stage. This is when cannabis plants produce their green leaves, which rely on nitrogen for their strong and healthy development.

During the vegetative stage, almost any plant food that contains a good dose of nitrogen will get the job done. Exactly how much you’ll need to use will vary, in accordance with the size of your plants, the nature of your grow space and so on.

Fast-forward to the flowering stage and cannabis plants need comparatively modest amounts of nitrogen. They still need a certain amount, but the provision of too much nitrogen will result in yields that are less generous and less potent.

During this time, you’re better off switching to a more refined nutrient product, designed specifically for flowering or blooming plants. Keeping things balanced with the bare minimum of nitrogen required is a good way to go, as you’re far more likely to cause irreparable damage providing too much, as opposed to too little. And just for the record, attempting to force purple flowers by increasing or decreasing nitrogen levels simply doesn’t work.

The Warning Signs of Nitrogen Toxicity

Interestingly, not all cannabis strains display the same signs and symptoms of nitrogen toxicity. In some instances, you’ll notice the leaves bending a full 90-degrees at the tips, though with no specific changes in colour. In others, the leaves become excessively dark and eventually turn yellow, though with no noticeable clawing. In all cases, however, these are the kinds of warning signs that shouldn’t be overlooked:

A brief roundup of the symptoms of nitrogen toxicity being as follows:

As always, no specific combination of the above symptoms guarantees you’re looking at a case of nitrogen toxicity. But as it’s relatively easy to flush your plants and return nitrogen concentrations to a safer level, it’s a good place to start.

Any leaves that have already been damaged by nitrogen toxicity aren’t going to recover, but you shouldn’t see any new cannabis leaves succumbing to the same harm.

#nitrogen,  #grow your own,  #grow cannabis,  #cannabis Posted in: Grow Your Own,  News
Categories
Recent Posts
The ultimate guide to drying and curing weed