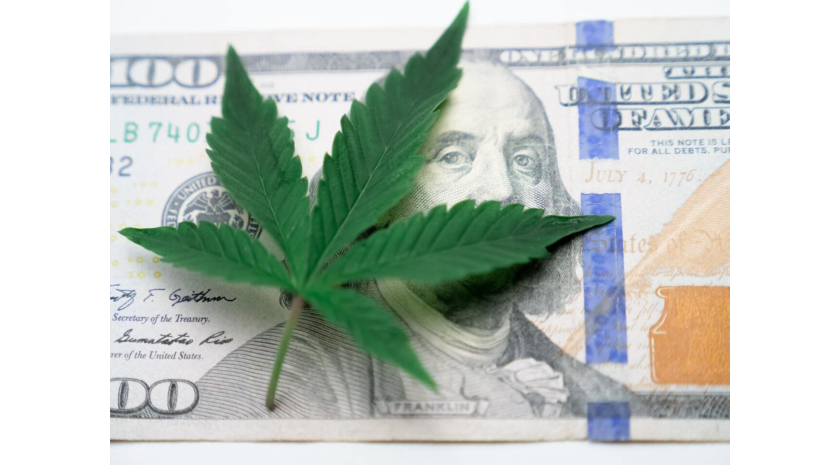 In recent years, the marijuana laws have been changing all the time in the United States.  Is growing weed legal? Federally, it’s still illegal, but some states have legalized cannabis for those within their borders. If you’re residing in the US and you’re also a stoner, knowing the rules will keep you out of trouble.

Growing marijuana legally is a fun activity for those who enjoy smoking. Beer lovers brew their own beer, wine lovers ferment wine, and cannabis lovers grow their own crop as a hobby. The only problem smokers face is that it’s still illegal in some parts of the US.

You might be wondering, how many weed plants can I grow? This can vary depending on where you live in the United States.

We’re going to look at the legality of harvesting in the US, which climates are the best place to grow weed, and what we can expect in the future. Are you interested in knowing more about the top states to grow recreational cannabis?

US marijuana laws through the years

Although there’s more buzz about cannabis these days, the US has a long history with the herb. The first colonists grew hemp to make rope, textiles, clothes, sails, and paper. This plant was never low in tetrahydrocannabinol (THC), which gives you the famous ‘high’ when smoked.

It’s possible Native Americans and other ancient cultures within the Americas knew of the psychedelic effects of cannabis. They’d grow varieties to create products with a higher THC level. They used it for spiritual ceremonies and healings.

People of the United States didn’t start using weed for recreational purposes until the 1900s. Immigrants from Mexico brought the practice to American culture. When the Great Depression hit, people feared marijuana. Then, during Prohibition, 29 states made the consumption of cannabis illegal.

In 1937, the first federal law that criminalized weed was the Marijuana Tax Act. This outlawed any sale or possession of cannabis products. Industrial hemp growing continued until 1957.

Weed received a huge negative stigma when President Richard Nixon signed the Controlled Substances Act of 1970, which put cannabis as a Schedule 1 drug. This is the same category as LSD, heroin, and ecstasy. It was illegal for medical uses as well.

All marijuana products were illegal in the United States until 1996, when California was the first state to allow medical use, and after more parts of the country followed its footsteps.

In 2012, Colorado and Washington were the first places to legalize the recreational use of weed. This changed the marijuana business forever, and it was then possible to be a legal marijuana grower.

Is it legal to grow your own weed in all parts of the US now? Unfortunately, no.

People can safely consume and grow cannabis in 18 states and Washington D.C. for recreational or medical use. Along with that, another 18 states have legalized just medicinal cannabis growing and consumption.

People use cannabis products for fun and to aid with symptoms of physical or mental illnesses. This is where many states draw the line with legal weed. So, what’s the difference, and how many weed plants can I grow?

You can consume recreational marijuana for pleasure. Many states view it the same way as alcohol or cigarettes. The products are regulated and sold at licensed establishments. Instead of going to the liquor store for a bottle, you can go to the dispensary for some bud.

You must be 21 years or older to purchase weed. You can buy seeds, smokable products, concentrates, topical creams, or edibles. States have limits to the amounts you can buy at one time.

Recreational restraints are lower than for those with medical cards. Even if you’re in a state with legal recreational use, if you’re over the lawful limits, you can get a fine.

To purchase medical marijuana, you must get a prescription from a doctor, or the state can approve you for a card. Some conditions that qualify you for medical weed are anxiety, chronic pain, anorexia, arthritis, cancer, epilepsy, multiple sclerosis, glaucoma, PTSD, nausea, insomnia, or HIV/AIDS.

You’re able to use cannabis products in many more states if you’re suffering from one of these illnesses. In places where recreational use is legal, you’ll be able to obtain more, and rules are less strict.

You can face some trouble with officials if you have more than the allowance of products based on your prescription. If you’re a medical marijuana patient, you need to follow the guidelines or lose your privileges and face a fine.

So, where is it legal to grow marijuana? The states that allow recreational use and growing are Washington D.C., Washington, Vermont, Rhode Island, Oregon, Oklahoma, New Mexico, Nevada, Montana, Missouri, Michigan, Massachusetts, Maine, Hawaii, Colorado, California, Arizona, and Alaska. You can buy and use marijuana products recreationally in Illinois, but it’s illegal to home grow.

We’re going to take a look at the top 5 best places to grow weed. We’ve looked at the laws, the environments, and more to come up with our list.

Michigan is one of the best places to grow marijuana legally in the United States because the rules aren’t that strict. So you might be wondering, how many weed plants can I grow? You must be 21 years or older, and you can have up to 12 plants. This is double the amount of most other states.

The cannabis plants can’t be visible to the public for both outdoor and indoor growth. You can’t possess more than 2.5 ounces of marijuana in an accessible place. You’re allowed to have more, but it must be locked or have a security feature. This amount includes your plants.

Michigan is in the Midwest, so there are four distinct seasons. The spring and fall can be unpredictable, with some days being below freezing and others hot with humidity. Consider indoor growing because it’s easier to control the climate.

A great marijuana strain for indoor cropping is the AK47 Autoflower. It’s a stable cannabis plant that doesn’t change with inconsistent light. On a cloudy day, you’ll still get flowering. It’s a strong marijuana seed, so you’ll enjoy a fantastic high.

Colorado has been a front runner for the marijuana business and legality. It’s one of the first states where growing weed is legal. Here you must be 21 years or older, and you’re allowed to harvest up to 6 weed plants. No more than three crops can be mature at the same time.

The law permits up to 12 weed plants if there are three or more adults over 21 living in the same house. All cannabis crops must be locked up and hidden away, regardless if you have members living with you who are underaged or not.

Colorado is known to be cool and dry, the exact opposite of what marijuana plants like. In places with high elevation, the temperature stays on the colder side and changes a lot during the day.

We recommend growing cannabis indoors in Colorado to eliminate legal troubles and to create a better climate. Adding a humidifier and heater to your grow room will make sure your marijuana is happy.

Can you grow weed in Massachusetts? Yes!

Massachusetts follows similar rules to Colorado. You must be 21 years or older and can grow up to 6 plants. If more adults live in a house together, the maximum number you can have is 12, regardless of if there are more than two people.

Your cannabis plants must be locked up and not visible to the public. Massachusetts is one of the best places to grow weed because of the coastal humidity and warm summers.

An outdoor garden would work well with these conditions. Just remember that the spring and fall can fluctuate in temperature. It’s best to start growing in late May and through the summer. Make sure your outside facility is enclosed and locked.

The western state of California allows those 21 and older to grow up to 6 plants at one time. You must cultivate on your private property, and the garden has to be locked. In the cities, outdoor growing is illegal but indoors is allowed. In the more suburban areas, you can harvest outdoors.

The climate in California is always warm. It’s very unlikely for the state to have temperatures below freezing. This is perfect for marijuana growing. However, you need to check your city or town laws about cultivating weed.

Although in the state it’s legal, individual places have outlawed it. This is especially true for those living in an apartment or rental home. As long as you’re in a legal area, we recommend outdoor growing because of the climate. If not, an indoor  grow room works well; remember to keep an eye on humidity as California tends to be dry.

American Haze x California Haze Feminized is perfect for west coast growers. When smoked, you’ll feel energized and motivated. The high will make you feel like you’re on the beach in Southern Cali.

Here’s another western state that’s like heaven for marijuana growers. You must be 21 years or older, and you can only have four plants per household. These are stricter laws than other states, but it’s the climate that makes Oregon so ideal.

The state is mild and rarely goes below freezing. In the summer, it’s dry, but in the winter, it’s wet and humid. This is great for outdoor or indoor growing. Your cultivating seasons are extended a lot longer than in other places.

With no extreme temperature changes, you have a stable environment, which is the best place to grow marijuana. Stay to just four cannabis plants or less, and you’ll have no problems in Oregon.

The Oregon Underdawg marijuana strain is a great choice for this region. It has an earthy flavor with an intense body high. It yields a lot, so even with just four crops, you’ll have a massive amount of bud.

US Marijuana laws for the future

There’s been chatter about the recreational use of marijuana for the whole country. In the 2020 presidential election, the people of four states passed the use and growing of recreational cannabis. This made other states consider doing the same.

More than half of the US population supports legalizing recreational cannabis. It’s up to the states to bring these new policies to voters. We’ll likely see even more parts of the country changing their laws in the next couple of years.

It’s undecided whether the United States will even legalize weed federally. People who oppose the idea are worried about the youth using or an increase in driving under the influence. Until those days come, we’ll just have to follow the rules and only grow in the states that permit it.

If you’re a resident in the 18 states or Washington D.C., why are you waiting to grow marijuana legally? It’s permitted, you’re in one of the best places to grow weed, and it could be your new hobby. Go down to your local dispensary or search only for the best cannabis seeds online delivered straight to your door.

Posted in: View all
Categories
Recent Posts
The ultimate guide to drying and curing weed