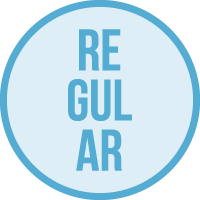 Agent Orange is just about as lighthearted as it gets. If you’re on the market for a strain that is guaranteed to have you smiling, giggling and perhaps even dancing...

This strain may take her name from a deeply controversial chemical, but Agent Orange is just about as lighthearted as it gets. If you’re on the market for a strain that is guaranteed to have you smiling, giggling and perhaps even dancing around like an idiot, this is it. There are social strains and then there’s Agent Orange, which is well and truly in a league of her own.


Engineered by TGA Genetics, this hybrid was brought to life by combining the genetics of Jack the Ripper and Orange Velvet. The fabulously fruity fragrance and flavor profile of the latter having been intensified by this act of cannabis alchemy.


Bursting with citrus goodness and a comprehensively easy strain to grow, Agent Orange Regular comprises approximately 75% Sativa genetics and 25% Indica genetics, though it has to be said that the Indica side of the high is practically undetectable - this thing is an absolute firecracker where energy and enjoyment are concerned. You’re only looking at an average THC content of 15%, but this is more than enough to get the job done for most.


Whether you’re craving an afternoon pick-up, an energizing breakfast blunt or something to breathe life into a pretty dull party, you cannot go wrong with this stuff. Though it’s worth approaching Agent Orange with caution in formal situations - social convention tends to frown upon the hysterically giggling moron in the corner.

Flavor and Fragrance of Agent Orange

The most prominent terpenes in Agent Orange Regular are myrcene, terpinolene and pinene. Though somehow, the whole thing comes together to produce one of the most fantastically faithful orange fragrances of any strain. We’re not talking a hint of pseudo-artificial orange - we’re talking the zesty and mouthwatering flavor of a real orange.


Hence, the temptation to dive into a bag of this stuff is overwhelming. The deeper you sniff, the more you pick up on those citrus fragrances and candy-like sweetness. There’s an unmistakable hit of dank when the buds are broken, but it nonetheless takes a backseat to the fabulously fruity fragrance.


No prizes for guessing the dominant flavor on the inhale or exhale - orange again. Tangy, citric and refreshing, Agent Orange is undoubtedly one of the most flavorful and enjoyable strains of all-time. Pay close enough attention and you may sometimes pick up a hint of Cheese, which brings an almost cheesecake-like quality to the whole experience.


Some have also likened the mild spiciness of this flavor to mulled Christmas goodies, making this a great strain to break out during the festive season.

Don’t be surprised if immediately after that first hit, you almost completely lose all sense of reason and find it impossible to focus. The initial wave of euphoria this hybrid hits with can be overwhelming to say the least, to such an extent that you may even forget what on earth you were doing beforehand. This, combined with a feeling of complete and total optimism is where the uncontrollable giggles connected with Agent Orange lie.


It’s also where you need to be extremely careful in formal settings…or avoid this stuff entirely!


This hybrid hits hard, hits fast and hits consistently, so you know exactly what to expect. The initial feeling of skyrocketing euphoria quickly subsides, leaving in its place a feeling of motivation and creative energy that lingers for hours on end. You’ll no longer be in the kind of territory where you can’t focus or remember your own name, but you’ll not be in the mood for taking things too seriously.


Your THC tolerance (and experience with Indica weed) will determine if and to what extent you feel Agent Orange’s Indica genetics. Some report feeling no physical relaxation whatsoever, only a lasting sense of energy, optimism and happiness that sticks around for hours.


By contrast, others report a gradual feeling of laziness and sluggishness, which creeps in towards the end of the experience. Either way, it’s not the kind of strain that’s going to have you crashing out in a puddle of pure lethargy on the floor…which is a bonus.


This fruity beauty is the choice of many for an anytime mood-boost, or as one of the best social strains money can buy.

Most of Agent Orange’s medical applications are cerebral (or psychological) in nature. For example, patients with mild to moderate cases of depression, stress and anxiety have found immediate and long-lasting relief in this stuff. Just a small amount of these buds is enough to completely obliterate negative thoughts and feelings, replacing them with the confidence to conquer the world.


If not that, then a relentless giggling fit that’ll have you forgetting your troubles of the day in a matter of minutes.


Individuals struggling with low energy levels and a lack of motivation have also cited this as a strain of choice. As have artists and creative types in need of inspiration. The physically relaxing properties of Agent Orange are minimal at best, meaning patients with more physical complaints (chronic pain, migraines etc.) should perhaps look elsewhere.


This strain may have an extremely modest THC content of around 15%, but this high hits like a sledgehammer during those first few minutes at least.  As a result, anyone with a history of paranoia or panic attacks should be extremely careful when experimenting with these nugs as medical marijuana. Small doses do the job, but any more and mind-race is practically inevitable.

This is the regular version of Agent Orange, meaning you’ll be looking at a roughly 50/50 split between male and female plants. If you’ve set your sights on producing your own fruity hybrids, you really need to bring this stuff’s genetics into the mix.


Otherwise, growing Agent Orange with maximum yields in mind is a moderately challenging experience. This is a strain that thrives in sunny and warm Mediterranean climates, where weather conditions are both consistent and predictable. Indoors or out, these plants almost always overestimate their own capabilities, thereby needing plenty of structural support to avoid bending or snapping entirely.


In addition, these plants are quite susceptible to mold and rot during the later stages of flowering. It is therefore essential to keep a close eye on humidity levels and air circulation at all times. On the plus side, get it right with Agent Orange and you’ll be looking at up to 19oz of cannabis for every square meter of grow space, with flowering times coming in at around eight to nine weeks.


And, this fruit sensation performs just as well in soil as in hydro and other setups, so you don’t need to get too carried away with the complexities.

Aside from rare instances, you can pretty much forget that Agent Orange has any Indica genetics in her composition. More often than not, this is a 100% Sativa experience and the quintessential good-times high.


Giggles, laughing fits and the further hilarity of short-term memory loss - all from a strain that’s by far one of the best tasting in the world right now. She might not be the easiest strain to grow, but nonetheless guarantees rich rewards for those willing to put in the necessary time and effort.