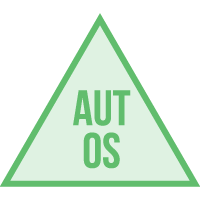 Enjoy her responsibly, and Northern Lights will induce a sweeping mental euphoria that’s as remarkable as the aurora itself before you’re drawn into a deep and heavy body-stone and some serious munchies...

Once the most famous light show on earth, Northern Lights (once known as CI #5 F1) is now one of the most well-known and well-loved cannabis strains on the planet, and with these autoflowering seeds, you too can delight in all she has to offer.


Most in the 420 community accept the origin story of this strain as hailing from Seattle in the 70s, before she worked her way across the globe to the cannabis capital in the Netherlands. There, breeders worked their magic on her genetics and in 1985 created the commercial herb we’ve all grown to know and love. After this, the herb went on to win a variety of awards, gracing the first ever High Times Cannabis Cup with her presence, and taking home the top Indica prize. Later, she won again in 1990 and in 1997.


Originally a cross between two landrace strains, Thai and Afghani, Northern Lights Auto is almost purely Indica, at around 90% to 95% - and so her potency and hard-hitting sedative properties are no surprise, since she’s the very definition of a ‘two hits and quit’ strain. Even the most seasoned of tokers would be wise to stick with this mentality, as with a 22% THC content, this spicy-sweet strain can easily overwhelm the most experienced smokers if doses aren’t kept at moderate levels.


Enjoy her responsibly, and Northern Lights will induce a sweeping mental euphoria that’s as remarkable as the aurora itself before you’re drawn into a deep and heavy body-stone and some serious munchies. It almost goes without saying, but she’s definitely a strain for evenings, nighttime, and free time.


As a medicinal strain, this intense body stone combines with pain-relieving properties to work as a muscle relaxant and potent relief for physical ailments such as migraine and arthritis. This herb is also beneficial for psychological ailments due to her uplifting high.


Growers of the past have already bred the wonder that is Northern Lights Auto to create a variety of famous strains (see Super Silver Haze or Shiva Skunk), but you can grow and enjoy this ganja at home with ease, since she’s autoflowering, sturdy and resilient - making her a joy to cultivate even for beginners.

Strong and pungent, the scent of Northern Lights is unforgettable with notes of pine and a spicy, sweet undertone that fills the room.


Her flavor is remarkably similar to her aroma, still with notes of pine and wood, but a tad more sweet and peppery.

Many adventurers spend years seeking the Aurora Borealis - but a joint of Northern Lights Auto will provide you with those heavenly feelings much closer to home in just a few tokes. A hard-hitting strain, this weed will couchlock even the most seasoned of smokers, and in higher doses might even send you off to dreamland.


Consuming this cannabis in moderation is preferable, though, allowing you to enjoy the deep and overwhelming physical calm that comes along with the euphoric mental feeling this herb induces. Blissful and pleasant, this high engages your mind to enhance external stimuli, making music, art and television suddenly more fascinating.


Toking this ganja before bed or when you have no plans is a good move, since this will allow you to fully embrace the intense physical tranquility Northern Lights can bring, soothing and softening every limb and ligament to ease you down to slumber.


Since this strain will create some serious hunger pangs, best to toke this when your fridge is well stocked - or even better, keep snacks by your seat to remove the chore of moving, since the allure of food will more likely than not become overpowering.


The usual suspects apply in terms of adverse side effects, and red, bloodshot eyes and cottonmouth are common but easily alleviated by ensuring you stay hydrated. For those more sensitive, or those tempted to overdo it, headaches, dizziness, heightened paranoia and increased anxiety could occur.

In high demand as medicinal marijuana, Northern Lights Autoflower boasts analgesic properties and is capable of functioning as a muscle relaxant - two qualities that combine to make an effective pain-reliever.


Those in the medicinal marijuana (MMJ) community recommend this strain for treating the likes of migraine, PMS, arthritis and muscle spasms. In larger doses, the sedating effect of this herb can also be used to help those with insomnia and fatigue, inducing deep and restful sleep.


For those struggling with lack of appetite from eating disorders or as a side effect of other treatments and ailments, the strong hunger pangs (munchies) associated with Northern Lights can create a powerful desire for food that’s sure to be of value.


Since this strain has a soaring, pleasant and cerebral high, it can also be used to soothe the symptoms of a variety of psychological ailments, including stress, anxiety, depression, PTSD, bipolar disorder and OCD.

Moderately sized at around 3 feet tall, Northern Lights Autoflower is a straightforward strain to cultivate, since she’s naturally resilient to fungus, pests and molds, and sturdy in structure - in addition to being an auto, of course.


Indoor growers will find this plant thrives in a Sea of Green (SOG) setup, and should keep her environment controlled - this means a temperature of between 70° and 80°F. After seedlings have begun to appear, harvest should roll around in between 7 and 8 weeks, with a healthy and hefty yield of around 1.47 and 1.8 ounces of resinous, sometimes purple buds per square foot.


Though nature's Northern Lights are a light show in themselves, the phenomenon's namesake strain requires plenty of sunshine and preferably warm weather - think the south end of Europe and the Mediterranean. But thanks to Indica genetics in her make-up, these plants can grow just fine in other climates, provided it isn’t too cold. In an ideal setup, you can harvest around 7 ounces of hard, dense nugs per plant - but in a cooler climate, this might drop to as low as 3 ounces.

With an enormous, loyal following in the cannabis community, the hard-hitting, Indica-dominant strain known as Northern Lights Autoflower is already one of the most famous marijuana variants in the world, thanks to her potent sedating and narcotic effects.


Rich in complex spicy pine flavors, this herb's high sends you soaring into the aurora while locking your body down to the couch in a deeply euphoric bliss that’s intense and incomparable.


An excellent medicinal strain for pain relief and psychological relief, this autoflowering version of Northern Lights is sturdy, resilient to pests and molds, and is easy for even newbies to cultivate at home. Harvests can vary when grown outdoors, depending on the available climate, but indoor growers will find she’s a high yielder and quick and simple to manage.