Even if you’re new to the cannabis cultivation community, the chances are that you’ve heard of the infamous autoflowering trait - a genetic ability passed on from specially selected parents which enables hybrids to flower regardless of light exposure.

Perhaps you’ve seen some strains labeled as a ‘Fast Version’ and wondered if it means the same thing.

Despite their similarities, fast cannabis strains are in fact a different entity to autoflowering varieties - albeit one created to serve the same purpose: record quick bud production. Here at SeedSupreme, we stock only the best of both so that we can not only guarantee a speedy delivery, but also top-shelf quality buds to boot.

What are ‘Fast Version’ cannabis seeds?

Also known as Quick or Early Version strains, these specimens are F1 hybrids derived from selective breeding with auto genetics.

Despite their auto ancestry, these strains still remain photoperiod (dependent on light cycles to bloom), however, are blessed with the ability to race through the vegetative stage and start flowering in less time than their non-fast counterparts.

This usually knocks a week or two off the overall growing time for any given ganja strain, and is a less divisive method to using autoflowering seeds as these specimens tend to be far more similar in every way to their non-fast equivalent than an auto variant will be.

What’s more, those final two weeks are (as any experienced grower knows) crucial to a successful harvest - by shortening the flowering time, those endgame risks (from pests to thefts) are effectively mitigated. 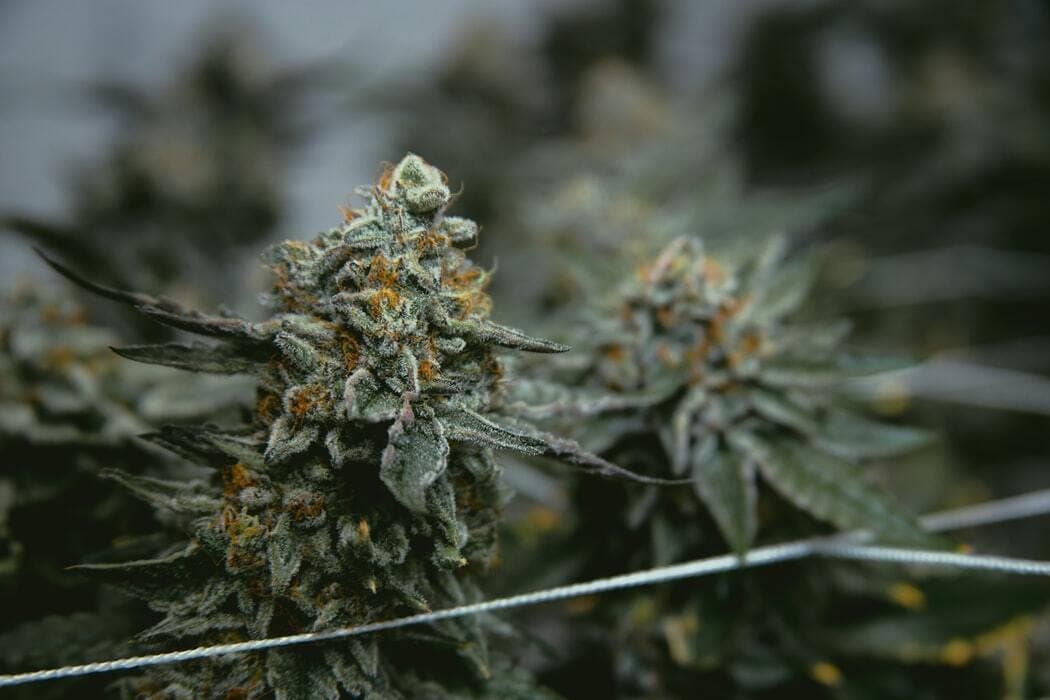 What are the benefits of cultivating fast flowering pot?

Fast Version strains tend to have their biggest audiences in cooler northern regions, where the swifter cultivation time is a considerable boon to beating the cold or humid weather.

Even in more tropical climes, these beans still have their fans - after all, wouldn’t you want your weed quicker if you had the choice? Especially as it means more potential crops per year and a rapid turnaround (of particular appeal to commercial cultivators hunting a cash crop).

Perhaps the main benefit though is that, unlike many autoflowering varieties, Fast Version seeds are typically more or less identical in every way to the originals - same yields, same potency, same flavor and aroma, only faster.

How are Fast Version seeds different to autoflowering seeds?

The key difference is that Fast Version cannabis plants are (just like any other feminized seeds) still dependent on light cycles in order to shift from vegetative stage to flowering. While treated to more light hours than dark hours, these plants will continue growing and not flowering - when they receive equal hours light and dark, the flowers will begin to bloom.

Autos, on the other hand, are pre-programmed to bloom regardless of their light exposure. After 30 days at the most, autoflowering marijuana plants will automatically start producing flowers.

This translates to larger yield potential for Fast Version strains than autos in general, as growers are able to adapt the vegetative period to suit their desires, enabling the cultivation of massive plants just like any other photoperiod specimen.

Should I choose a Fast Version or an autoflowering strain?

This entirely depends on your needs.

Autos are famously easy to get to grips with, merciful and resilient. That said, many within the cultivation community snub these innovative little beauties because they’re bred with ‘inferior’ genetics - sadly, the Ruderalis genes (which gives the auto trait) are not exactly potent or desirable in any other way, resulting in many autos being considered by some as ‘sub-par’ compared to photoperiods.

Breeders are always improving though, and plenty of autos these days can and do hold an impressive candle to their photoperiod equivalents.

Fast Versions, meanwhile, strike a happier middle ground. There’s less chance your strain will differ in terms of yield potential, potency, aroma or flavor, but you’ll have that bit more work ahead of you than if you opted for an auto instead.

As always, the choice comes down to preference.

Can I grow Fast Version seeds indoors or outdoors?

These fast flowering beauties are designed to thrive in indoor and outdoor environments, so no matter what type of grow you have in mind, you’ll find these beans more than suitable.

Cultivators in the northern hemisphere or those looking to rush in a last-minute outdoor crop before the weather turns are often quick to snap up Fast Version cannabis seeds due to their versatility, reliability, speed and output.

Likewise, growers who simply want their marijuana faster than ever (particularly those who consider true autoflowering strains to be inferior to photoperiods) are often quick to grab their favorite Fast Version seeds.